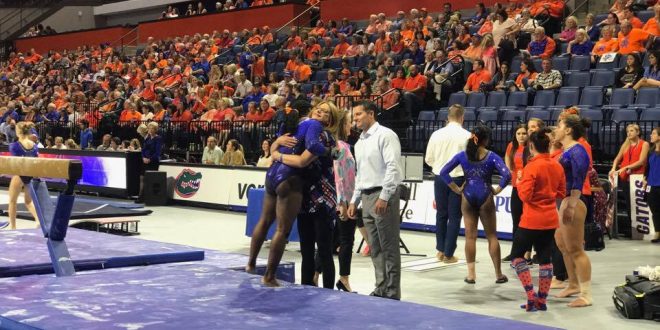 As the number three gymnastics team in the country, the Florida Gators will travel to Chapel Hill to take on the North Carolina Tar Heels this Friday. Meet time is scheduled to start at 7 p.m. This is already the second time the Gators have traveled to North Carolina three weeks into the season. Florida opened up their season with a win at North Carolina State and continued their winning momentum last weekend against the Kentucky Wildcats.

Since the Gators started out their season on the road, they have become acclimated to competing outside of the O’Connell Center already.  Head coach of the Florida Gators Jenny Rowland thinks two away meets in the beginning of the season will help her team in the long run.   One of the junior captains on the team, Kennedy Baker, has won an event title in both meets so far. She feels that at this point in the season, it’s time to focus on perfecting the little things.

Florida is currently third in the country in week two of the Road to Nationals rankings. Oklahoma is number one while LSU is second. Alabama and Utah round out the top five.