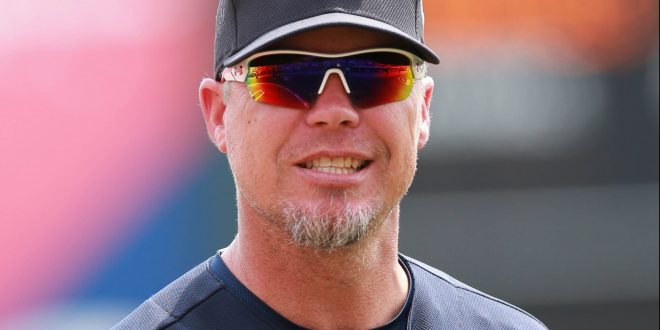 Looking Ahead to the 2018 Baseball Hall Of Fame Class

After the voting dust settled, the baseball Hall of Fame has three new members in Jeff Bagwell, Tim Raines, and Ivan Rodriguez.  While this year’s voting may have concluded, it is never too early to look ahead at what next year’s class might bring.

Edgar Martinez appeared on 58.7 percent of the ballots. pic.twitter.com/fpdJzzvtDJ

Hoffman is a clear Hall of Fame candidate. The right-hander spent 18 years in the majors, 16 of which he spent with the San Diego Padres. Throughout his career he was one of the most dominant closers in the game.  Hoffman has nine seasons where he accumulated over 40 saves.  This mark has only been matched by one other closer, Mariano Rivera.

Trevor Hoffman’s nine seasons with 40+ saves tie for the most ever (Mariano Rivera). #HOF2017 pic.twitter.com/hj4X9xeBUB

Hoffman was the runner up for the National League Cy Young twice in 1998 and 2006, and finished sixth in 1999, and fifth in 1996.  Hoffman also bolsters his Hall of Fame case by having been selected as an All-Star seven of his 18 seasons.

Only missing the mark by 15 votes this season gives Guerrero a strong case to make the push into the Hall of Fame next year. He is a strong candidate for the honor as he was one of the best hitters of his generation.  Guerrero was a .318 hitter over his sixteen year career, hitting  449 home runs. Guerrero’s best season came in 2000 when had a career-high .345 batting average and a career-high 44 home runs.  Guerrero was not just a terror at the plate, he also was dangerous on the base paths stealing over 100 bases in his career.

Next year there will also be a few new faces on the Hall of Fame ballot competing for a spot.  The headliners include Chipper Jones, Jim Thome, Scott Rolen, Andruw Jones, Johnny Damon, Johan Santana, Jamie Moyer, and Omar Vizquel.  Now not all of these players are a lock to make it, but the most likely candidate to make it as a first ballot Hall of Fame player is Chipper Jones.

Chipper Jones spent 19 years in the league, all with the Atlanta Braves.  Jones was the face of the Braves for many years, leading the team both offensively and defensively.  Chipper was a career .303 hitter and hit 468 home runs.  Jones had his best season in 1999 where he had a .319 batting average and hit 45 home runs.

The “Steroid Players” did see a boost in this year’s voting for the Hall of Fame. However, none are near induction as of yet.  Barry Bonds leads the group that includes Rodger Clemens, Mark McGwire,  Manny Ramirez and company.  The debate rages on about whether or not these players will ever be enshrined into baseball immortality.  The spike in votes this year helps their chances, but it is unknown if they will ever make it over the mark.  Next year will be a big indication if players like Barry Bonds can move closer to the magic mark, or if they’ll simply begin to shy away.