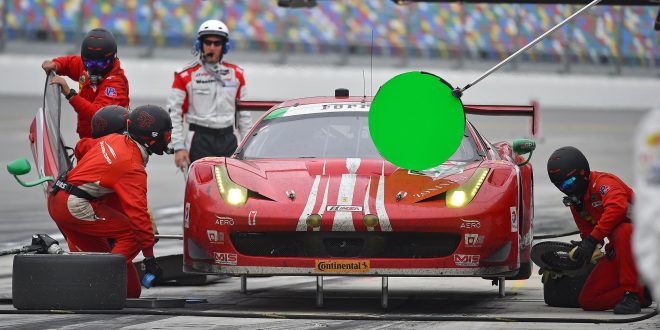 The Rolex 24 at Daytona, a grueling 24 hour endurance race, convened over the weekend for the 55th time.  Ricky Taylor clinched the title after seemingly dropping out of contention.

Cold weather, foggy conditions, and rain made for a tough test of skills and grit for racers and crewmen alike.  Ricky Taylor, driving for the Wayne Taylor Racing Team, made a last minute move to the inside lane to help his team grab the victory.  With only seven minutes left in the marathon race, his car made contact with Filipe Albuquerque, causing the other driver to spin out.  Official reviewed the move and did not penalize Taylor.

Albuquerque didn’t let that rattle him.  He fought back, but it wasn’t enough.  He finished .671 seconds behind Taylor at the finish line.

The Wayne Taylor Racing Team won the title back in 2005, but since then haven’t had any luck at the track.  This was the first win for brothers Ricky and Jordan Taylor.  Veteran Taylor co-driver Max Angelelli and retired NASCAR driver Jeff Gordon rounded out the quartet.  This was also Gordon’s first Rolex victory.

The team donned temporary Rolex-style tattoos for the race.  When they left the track Sunday, they had a sturdy replacement for the faux ink.

How about that!? A beauftul replacement for our temporary tattoos. #Rolex24 pic.twitter.com/JslA7EvEc4

In what was one of the most exciting and nerve-wracking finishes in NASCAR this season, the Rolex 24 at Daytona proved that marathons are just as exciting as sprints.