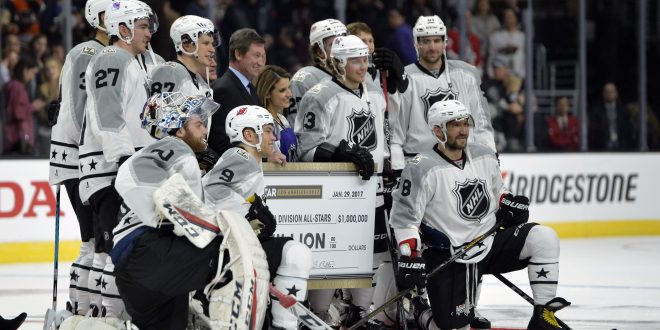 The 2017 Honda All-star game brought the Metropolitan Division a 4-3 victory against the Pacific Division in the championship of the 3-on-3 tournament at Staples Center on Sunday. For the second year in a row, the game came down to the final minute.

The Pacific Division started off strong with Joe Pavelski, Connor McDavid and Bo Horvat all scoring. Defensemen Seth Jones and Justin Faulk scored for the Metropolitan Division in the first half. Giving the Pacific Division a 3-2 lead at the half.

Simmonds, who had two goals in the Metropolitan Division’s 10-6 semifinal win against the Atlantic Division, won a 2017 Honda Ridgeline as MVP. A deserving MVP, Simmonds, said this unbelievable win has become the best day of his life.

The 2020 Stanley Cup Finals have been very eventful, and it could end tonight with …