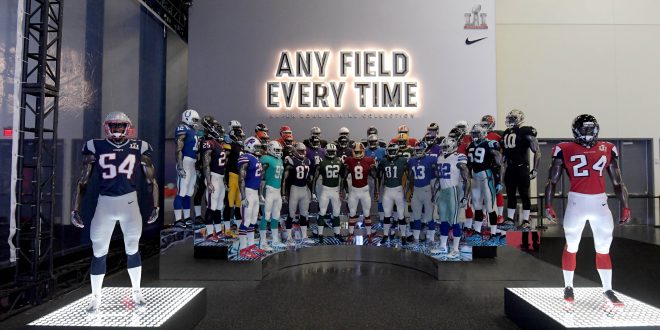 Super Bowl LI: A Game of Firsts and Records

It’s hands down one of the biggest sporting events of the year: the Super Bowl. After five months of football, Super Bowl LI has finally arrived.

The New England Patriots are back for their ninth Super Bowl appearance, officially the most of any team. Sunday night will be the Atlanta Falcon’s second appearance.

The Falcons and Patriots haven’t played each other since the 2013 season in Atlanta. New England won that game by a touchdown, 30-23. Furthermore, the Falcons haven’t defeated the Patriots since Bill Belichick took over as head coach for the team in 2000. The last time Atlanta defeated the Pats was in 1998–in Foxboro–41-10.

A Super Bowl of Firsts and Records

The New England Patriots: A Super Bowl of Records

If the Patriots win on Sunday, it will be Tom Brady’s fifth Super Bowl win, the most by any quarterback ever. So it’s no surprise that Brady feels that this is one of his most important Super Bowls so far.

Win or lose, Super Bowl LI is a pretty big accomplishment for the Patriots and it hasn’t even started.

Of course, the goal is to win.

The Atlanta Falcons: A Super Bowl of Firsts

For the first time since their 1999 Super Bowl XXXIII loss to the Broncos, the Altanta Falcons are back in the Super Bowl. With it being only the second the Falcons are in the playoffs, there are a lot of firsts for them.

You have to battle with everything you have to achieve the ultimate goal. #InBrotherhood pic.twitter.com/srhbMMnyqn

Even though it’s his first one, Ryan is more focused on what play-making he has to consider to have a chance for a win.

Though by time Sunday night comes around he will have technically coached in three of the last four Super Bowl, Super Bowl LI will Dan Quinn’s first appearance as a head coach.

The Patriots are entering the Super Bowl with a 14-2 record, their best since their 2007 undefeated season. New England’s only losses came from a shut out to the Bills in week four, 16-0, and a seven point loss to the Seahawks in week ten, 31-24. Atlanta, on the other hand, finished the season with an 11-5 record.

Coming into the Super Bowl, the Atlanta Falcons ranked No.2 in offense in the regular season. That’s two spots above the New England Patriots. The Falcons recorded for 6,653 offensive yards compared to the the Patriots’ 6,180.

On the defensive side of things, Atlanta linebacker Deion Jones led the team during the regular season with 75 tackles. Patriots corner back Logan Ryan leads his team with one less at 74.

While the stats may lean in their favor, Atlanta head coach Dan Quinn isn’t taking any chances during this last week of practice.

One thing’s for sure: both teams aren’t letting their past achievements cloud their judgment coming into Super Bowl LI.