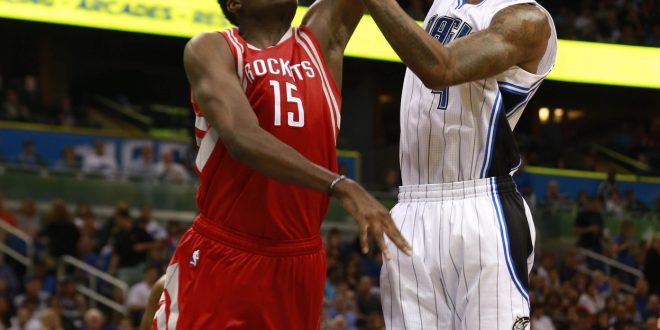 The Orlando Magic (20-33) face the Houston Rockets (37-17) at the Toyota Center in Houston.  Tip-off is scheduled for 8 p.m.  The Magic lost their previous meeting this season against the Rockets in Orlando.

The Houston Rockets have cooled off over the last few weeks under first-year head coach Mike D’Antoni. The Rockets have split their last ten games but still have a solid grasp on third place in the Western Conference standings thanks to the play of MVP candidate James Harden.

Meanwhile, the Magic have dropped 9 of 12 games and continue to plummet in the standings after showing signs of life in late December.  One way the Magic could steal this game, however, is by taking advantage of their height difference. Seeing that the majority of Orlando’s points come from the big players, the Rockets might have some trouble on defense.  Expect Magic Head Coach Frank Vogel to prepare a game plan that concentrates on feeding bigs Serge Ibaka, Bismack Biyombo, and Nikola Vucevic in the paint.

That being said, the Magic will probably have just as much trouble trying to defend Houston’s style of shooting. The Rockets heave more than 40 threes per game, and on good nights, they make a lot of them.

There are no easy solutions for the Magic with reports swirling that everyone on the roster is potentially available for trade.  The Magic are a mess in every phase, ranking 28th in offensive rating (100.7), 27th in defensive rating (111.3), and ahead of only the Lakers with a minus-10.6 net rating over the last dozen games.  During that stretch, the Magic are 25th in rebounding rate and effective field goal percentage.

For coverage of tonight’s game, tune to NBA TV at 8 p.m.

After the Rockets game, the Magic will be home to take on the re-surging 76ers Thursday evening.  The Magic lead the season series 2-0.

Previous Miami Heat Make It Eleven In A Row
Next SEC Hoops Preview: Vanderbilt at Arkansas