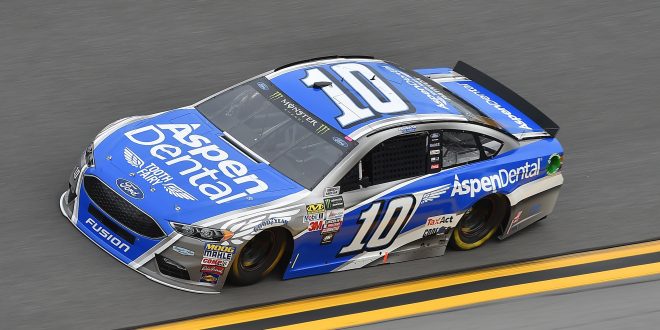 Danica Patrick ended her 2016 season ranked No. 24 overall for the Monster Energy Cup Series, with an average finish of 22nd place. While her rank and finish have improved over the past couple seasons, her average start has not. Last year, Patrick’s average start was 25th, her worst qualifying average in over three years. She also finished her 2016 season with a total of 689 points, her lowest since 2013.

Patrick’s team, Stewart-Haas Racing, has filed a $31 million lawsuit against Patrick’s previous lead sponsor, Nature’s Bakery. Nature’s Bakery terminated their three year contract with Danica Patrick after one season. According to ESPN writer Bob Pockrass, Nature’s Bakery stated in a letter that Patrick was not sufficiently endorsing the sponsor on her social media. Nature’s Bakery ended up doing 28 races last year and was scheduled to have 25 races in 2017. Ricky Craven, a former NASCAR driver, says there is more pressure on Patrick now than ever before.

Aspen Dental has been a partner with Stewart-Haas Racing since 2012, and has been affiliated with Patrick and her No. 10 team since 2014. Aspen Dental has now expanded this partnership to become Patrick’s lead sponsor for the 2017 Monster Energy NASCAR Cup. The upcoming Daytona 500 on Sunday will be the No. 10 Aspen Dental Ford Fusion’s season debut. Patrick says her focus is on everyone who is a part of the team, most importantly Aspen Dental.

The first race of the 2017 Monster Energy NASCAR Cup Series was the Advance Auto Parts Clash race at Daytona last Sunday. Danica Patrick placed 4th overall in the clash. She started 12th overall, which is a big improvement from last season. The Can-Am Duel at Daytona is the next upcoming race in the series and starts tonight with the first race starting at 7 p.m. and the second race beginning at 8:30 p.m. Patrick will be racing in the second Can-Am Duel race starting 12th overall, again. She is also preparing for the Daytona 500 at the Daytona International Speedway this Sunday, February 26 at 2 p.m. Patrick estimates that she has had about 12 concussions in her racing career. She says she would retire if a doctor diagnosed her with being at risk after another crash. Ricky Craven believes that for Patrick’s age, 12 concussions is a reasonable number.

Sydney is a senior studying telecommunications with a specialization in sports media at the University of Florida. She is a multimedia sports reporter for ESPN 98.1 FM/850 AM WRUF and WUFT-TV.
Previous Freshman QB Preparing for Reps in Spring Practice
Next Coach McElwain Previews Spring Football