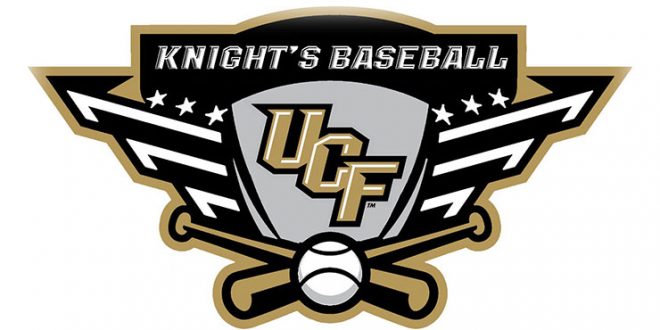 Under new head coach Greg Lovelady, the team is 7-0 record in their second full week of game play; the Knights are definitely embracing this change.

While you could say their streak is based on playing at home, one thing is for sure: the Knights are an entirely different team from last season.

The Knights play their first away game Tuesday night against the No.2 Florida Gators in Gainesville and they’re bringing this season’s secret weapon: their head coach.

The years he wasn’t head coach, Lovelady learned from former head coach Rob Cooper, who he credits with molding his coaching style today.

In his three years as head coach, the Raiders were two-time runner-ups in the NCAA Regionals. Before his stint with Wright State, Lovelady spent three years on the coaching staff with Miami, from 2002-2004. Lovelady acted as assistant coach during his time with the Hurricanes.

The UCF head coach has just as much experiences as a player as he does as a coach. The former catcher played with the Miami Hurricanes from 1999-2001. He was the Hurricanes’ starting catcher all four seasons, and started in both the 1999 and 2001 College Series Championship.

This Season at a Glance

The University of Central Florida baseball team is making a name for themselves early on this season. The Knights rank at number four in ERA in the NCAA, with 1.71. Of the seven games they’ve played already, the Knights have only allowed 16 runs. In a single game alone, UCF had more runs than they’ve allowed their opponents to make, with 17 in the first game of the season against Siena. The Knights have scored 60 runs in seven games, averaging 8.57 rpg. This is already a small improvement from the 2016 season, when after seven games the Knights were 6-1 with 8.14 rpg. Infield Kam Gellinger leads the Knights in runs, boasting for a total of nine already this season.

Lovelady credits his veteran group of players for their current winning streak.

The last time UCF beat the Florida Gators was in 2015 in Orlando, where they handed Florida their second loss of that season, 4-3. The Knights haven’t been able to beat the Gators in Gainesville, however, since 2011. That was the same year the Knights swept Florida, 2-0.

UCF’s Chris Williams is pitching for the Knights tonight. The redshirted sophomore boasts a 1.69 ERA his two starts this season. Lovelady defines Williams’ pitching style as “methodical”, which is what makes him a good team and individual player.

Taking on the Gators tonight in Gainesville, @chrisWilliams_3 gets the nod! First pitch at 6:30.#ChargeOn pic.twitter.com/1MvJd2on6Z

Florida comes into Tuesday night’s game 6-1, and are coming off a series sweep of #17 Miami. For the Gators, freshman Nate Brown will get his first career-start tonight ever against the Knights.

The No.2 Gators will be the Knights toughest game so far. Regardless of Florida’s high ranking, Lovelady is looking at these two games against Florida to gauge where the Knights are at and what improvements need to be made.