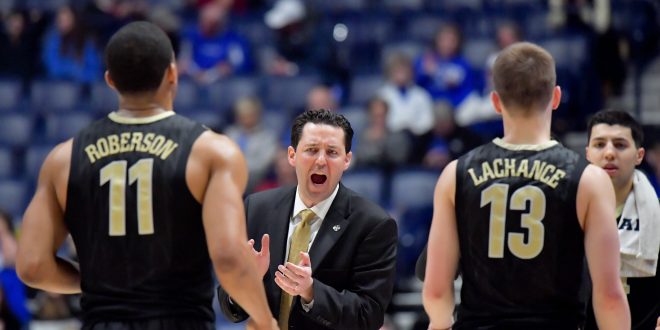 Vanderbilt vs. Northwestern NCAA preview: What You Need to Know

With a record of 19-15, college basketball teams would not in the past have been competing as an at large team in the NCAA Tournament. This year, Vanderbilt performed the unheard of, officially being the first team in history with 15 or more losses to make the Big Dance.

Northwestern on the other hand never even had competed in the NCAA Tournament before. This year the 23-11 Wildcats patiently waited while team names were called by CBS for who would be playing. After waiting, their wishes came true. The Wildcats were given the opportunity to play in the 2017 NCAA Tournament.

Catch the Wildcats take on the Commodores on Thursday, March 16th in Salt Lake City at 3:30 p.m.  This game is not just any NCAA game. This one’s for history. Before tip off on Thursday, here is what you need to know about both teams.

You ready for us, Utah? The #B1GCats are here. #PoundTheRock #ItsTime

What Each Team is Coming Off Of:

Last Friday in the Big 10 Tournament, the Wildcats surprised their fans with a win over 25th ranked Maryland 72-64.  But on Saturday, the Wildcats were crushed by Wisconsin 76-48.

Vanderbilt helped its cause for the NCAA Tournament by beating a ranked Florida teams three times during the season, including a win over the Gators on Friday in the SEC Tournament.  However, the Commodores were then crushed by Arkansas 72-62.

Players to Watch Out For:

Scottie Lindsey and Vic Law have played at a high level this season for the Wildcats.  Standing 6’5″ and weighing 210 pounds, Lindsey scores an average of 14.2 points per game. The 6’7″ Law averages 12.4 points per game from the forward spot.

Northwestern better keep their eyes peeled for forward Jeff Roberson. In the Commodores game against the Gators, Roberson scored 18 points and had eight rebounds.  Roberson scores 11 points a game but he is not alone in helping Vanderbilt on the offense end.

Jeff Roberson putting the exclamation on the W with a BIG TIME SLAM! 'Dores win 72-62 in OT! ⚓️⬇️ pic.twitter.com/KAr1kuggb0

It’s a tough call between the eight and nine seeds.  Northwestern has received plenty of media attention thanks to their first time playing in the NCAA Tournament and Vanderbilt has played its best basketball at the end of the season.  The so called “Brain Game” between these two outstanding academic schools could be fun to watch.