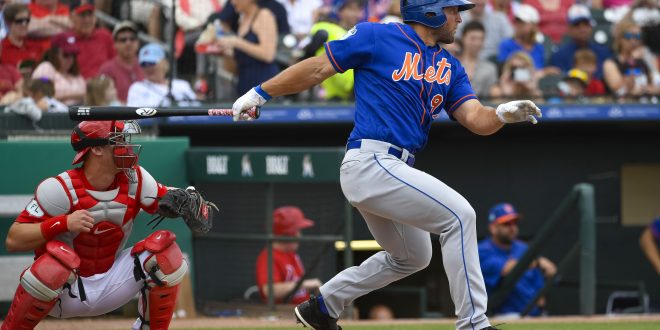 Tim Tebow dominated the South Carolina Gamecocks in his 3 years starting at Florida, but now he’ll be stationed in Columbia, SC; playing for the Fireflies.

The Columbia Fireflies, the Mets’ low Class-A affiliate in the South Atlantic League, is where the former quarterback is officially headed.

Tebow will keep his #15 as the outfielder for the Fireflies. He will be getting regular at-bats and will attempt to continue developing with consistent live game action.

Playing with the Mets spring training team, Tebow is hitting .211 through eight games. The glove has been much more successful, as Tebow has shown it off with diving catches, and with fans crazed over the former Heisman winner, most of his top plays are caught on camera.

Another diving catch in the outfield for Tim Tebow. #Mets #Tebowmania @CBS12 pic.twitter.com/cF5Fks3m5I

Tebow signed with the Mets on September 8. He played in three Florida Instructional League games, hitting a home run in his first at-bat. Tebow finished 4-for-14 (.286) at the plate in those games with a pair of walks.

He then played in 19 games in the Arizona Fall League, finishing with a .194 batting average (12-for-62) with two RBI and eight walks.

The Columbia Fireflies are in their second season in South Carolina.Previously they were known as the Savannah Sand Gnats (1996-2016).

Piggybacking on the fandom shown at Mets spring training games and practices, the Fireflies have already starting promoting #15’s arrival.

Columbia opens the season April 6 at home against Augusta, their full schedule can be found HERE.