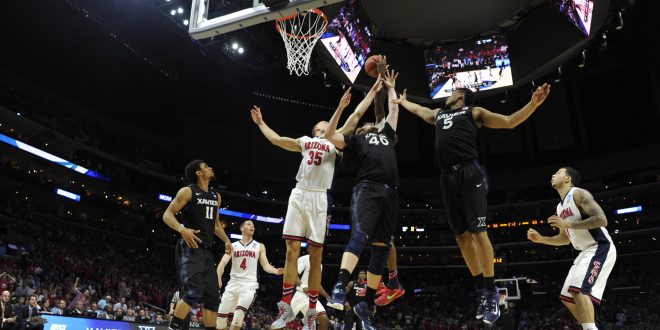 Xavier Looking For Another Upset As They Face Arizona

The Xavier Musketeers have been an underdog through the tournament and are now the only double digit seed left.

No. 11 Xavier faced No. 6 Maryland and beat them by more than 10 and then crushed  No. 3 FSU after. Their next test comes against the No. 2 Arizona Wildcats, who they are no stranger to; The Musketeers were knocked out of the tournament by the Wildcats two years ago.

Arizona defeated Saint Mary’s 69-60 in a game they had to comeback in the second half to win. Arizona’s Lauri Markkanen and Allonzo Trierr led the Wildcats in scoring with 16 and 14 respectively. For Saint Mary’s, Jock Landale led the way with 19 points.

The Musketeers absolutely manhandled Florida State outscoring them by more than 25 points, in a 91-66 victory. Xavier’s Trevon Bluiett led the team with 29 points and six rebounds. Dwayne Bacon was FSU’s go-to-guy, leading the team in points with 20 while also coming down with five rebounds.

The Arizona Wildcats path to a national championship meets Musketeers for another time and Arizona head coach Sean Miller wishes he doesn’t have to face his old team again.

Even though Arizona beat Xavier in their last matchup, Miller believes Xavier is currently one of the hottest teams in the tournament.

Though Xavier has been able to overcome two teams that have been ranked higher than they are, they will now face an even tougher team. Xavier head coach Chris Mack says that Arizona will be their biggest challenge thus far.

Through the postseason, both teams have fairly similar statistics with Arizona having the advantage in points per game with 29.5 compared to Xavier’s 27.5 points per game. Where the Musketeers stands out is beyond the arc, with a .500 three point percentage. Meanwhile, Arizona has only made four three pointers in total throughout the tournament and are shooting .364 percent from the three point line.

For both teams neither opponent is an easy matchup, and have plenty of respect for one another.