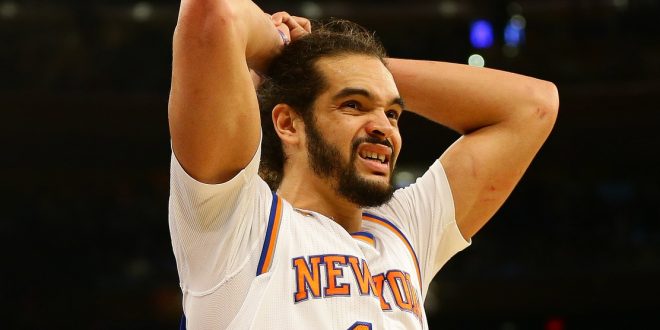 Most Gator fans woke up with a smile on their face after seeing their team advance to the Elite 8 after a buzzer-beating three from Chris Chiozza. The one’s who aren’t smiling are the ones who saw that former Gator star, and current member of the New York Knicks Joakim Noah was suspended 20 games for violating the NBA’s anti-drug policy.

Noah hasn’t played since February 4 and is expected to miss the rest of the regular season. With that being the case, this suspension will start at the beginning of the 2017-2018 season. If he is healthy enough to take place in game action before the season ends, his suspension will begin then.

The Knicks only have nine games remaining during the regular season, and it’s unlikely that the Knicks make the playoffs. They currently sit eight games behind the Miami Heat for the eighth seed. If Noah is cleared over the weekend, then he will only have to sit out the first 11 games of next season.

What did Noah take?

The over-the-counter substance that Noah was suspended for is called a selective androgen receptor modulator LGD-4033. LGD-4033 is a non-steroidal oral substance that produces steroid-like results, without the actual steroids.

Both the National Basketball Players Association and the Knicks have agreed not to appeal the suspension. Below is a statement from the NBPA in regards to Noah’s suspension.

Noah has been out of the lineup since the beginning of February. The Knicks have struggled all year, especially on the defensive side of the ball. They brought him in to improve the team’s defensive intensity, but that simply hasn’t happened. However, the Knicks have been able to get some of their younger players extra minutes since Noah has been hurt and they have shown great upside.

It’s no certainty that the 32-year old Noah will be able to get back to his same dominate defensive play from years ago. The Knicks hope he can, but they will have to wait until the end of November to find out.