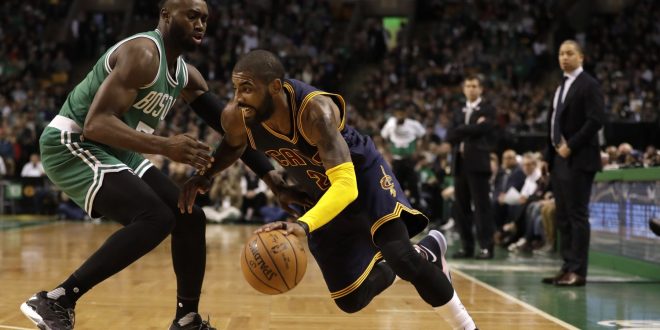 Cavaliers Take Hold of the #1 Spot in Eastern Conference

The Cleveland Cavaliers traveled to the TD Garden Wednesday night to take on the Boston Celtics. With the number one seed in the Eastern Conference in the balance, the Cavaliers made a statement. The game ended 114-91 with the Cavaliers pulling away in the final quarter.

The score doesn’t fully show it but the game was slightly one-sided. In the first quarter, the Celtics started off quick with great ball movement and their shots were sinking. Celtics point guard Isaiah Thomas had a stellar first quarter, leading his team with 12 points and Boston was up 20-19. Slowly but surely however, things started to come together for the Cavaliers and this was shown in the second quarter when they made a 22-4 run on the Celtics. The Cavaliers started to be the Cavs we all know. Lebron James had some big dunks, Kyrie showed off his ball-handling skills, and JR Smith knocked down big shots.

After the Cavs went on the 22-4 run, it seemed to be a game of catch-up for the Celtics. Thomas led the team with 26 points and 6 assists but it just was not enough to help his team take the number one spot. What seemed to really hurt the Celtics was their lack of aggressiveness in grabbing rebounds. The Cavs had a ton of second-chance shots that really made a difference in the game. Celtics center Al Horford led his team with 7 rebounds on the night. That number is just half the number of rebounds collected by Cavs power forward Kevin Love.

After the first quarter, the Boston Celtics never regained the lead. 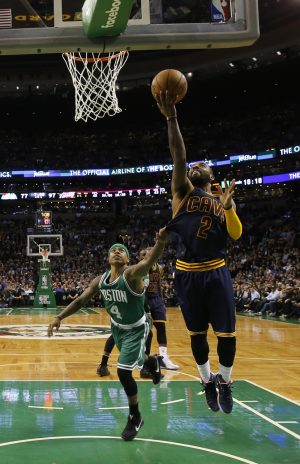 For Boston, they will be facing the Atlanta Hawks. Atlanta is currently holder of the six-seed in the Eastern Conference. Tip off for that game begins tonight at 8 p.m. in the Phillips Arena. As for Cleveland, they will be focusing on maintaining the number one spot and will be facing the Hawks themselves tomorrow night at 7:30 from the Quicken Loans Arena.