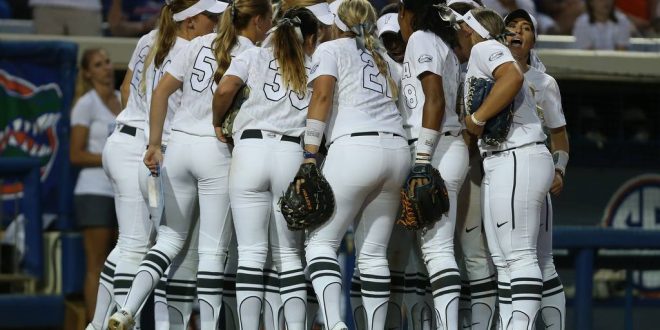 Everyone’s favorite rivalry is back. Florida-Georgia returns this weekend, at least in softball, starting Saturday in Gainesville. Florida walks into this SEC series with a confident conference record of 10-1 in the SEC. The Bulldogs are 2-7 in conference play. But that doesn’t mean the Gators will have an easy win. The Gators have a 35-25 edge over the Dawgs in all time series and only 15-15 in games against them at home.

UGA is the only SEC school with three hitters in the top 100 of the national batting averages but Florida’s pitching is among the best groups in the country.  Georgia hitters put the ball in play; six times this season they have not struck out once during a game.

Last time these two met, the Gators took a harsh loss when Georgia beat Florida in Gainesville to win a Super Regional and advance to the College World Series.  But this is a different year and Florida coach Tim Walton says fast play is necessary to help defeat the Bulldogs.

Coach Walton says his team is ready for this game. Walton says their recent UNF game, a win over the Ospreys, prepared them for Georgia.  Most of the players agree. Amanda Lorenz is coming off a two home-run game against the Ospreys. She sees playing against Georgia as time to get better as a team.

This three game series will be a Saturday, Sunday, Monday affair with the first game Saturday at 4 pm.

Previous The Swamp Prepared Tebow for Game Pressures; Hits HR in First At Bat In Minors
Next Gators Baseball Falls to Tennessee in Extra Innings