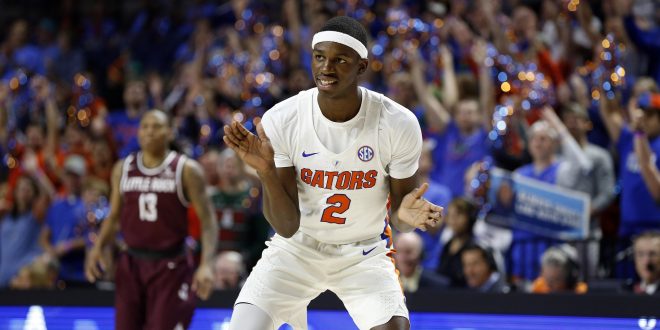 Eric Hester To Transfer From the University of Florida

As it was first reported by Landon Watnick of InsideTheGators.com, after one year of basketball with the Florida Gators, guard Eric Hester has decided to transfer from the program. Hester was a member of Mike White’s 2016 recruiting class, which included Hester and Dontay Bassett, two teammates from Oldsmar Christian. Hester averaged 2.2 points per game and an average of 5.6 minutes played per game this season. His best game as a Gator came when the team played LSU in Baton Rouge in late January. Hester knocked down five of five three-pointers en route to a career-high 16 points.

#Gators G Eric Hester will transfer from the program, ITG has learned https://t.co/SkeHr2JLzy

What Does This Mean For The Gators?

While Hester transferring means a loss of guard depth, it may mean good news for either Devin Robinson, John Egbunu or both. At around the same time 2017 guard Michael Okauru signed his NLI with the Gators, Hester decided to transfer. This means, including Okauru, Florida could bring back both Robinson and Egbunu without exceeding the NCAA scholarship limit of 13. If Robinson or Egbunu decide to leave for the NBA, the Gators could sign another player to their 2017 class.

Where Will Hester Transfer?

While it’s just mere speculation right now, Eric Hester was recruited by and received visits from coaches from FSU, Louisville, Virginia Tech and Georgetown during his high school days. UF has not said what schools Hester won’t be allowed to transfer to, but if I had to guess, I would say that FSU would be on the list since the Gators play them every year. I would also knock Lousiville off of the list, as Kevin Brockway of the Gainesville Sun tweeted that Lousville won’t be recruiting Hester, per a source of Brockway’s. No matter where he goes, Hester will have to sit out a year per NCAA rules and regulations.

Previous Down to the Wire: NBA Season Finale
Next Round 1 Stanley Cup Playoffs Preview