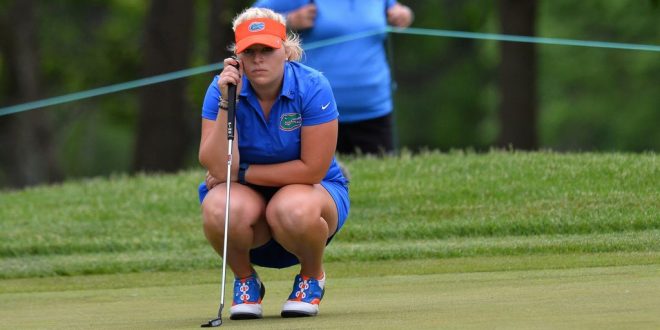 The Florida Gator Women’s Golf team fell short to Arizona State in the quarterfinals round of the match play at the NCAA Championship on Tuesday.

The Gators couldn’t keep up as they were down in all five matches, but they continued to fight throughout the round.

Taylor Tomlinson was two-down through 10 holes, while teammate Kelly Grassel was three-down through eight holes and birdied the next two holes to go one-down.

With a birdie on 15, @taytaytomlinson wins the hole and the match is all square!#TWR1 #GoGators pic.twitter.com/3X6GIWmZjK

Karolina Vlckova faced off against NCAA Champion Monica Vaughn, Vlckova was two-down heading to seventh hole. She then pared the hole to extend the match. Vaughn then won the third point for Arizona state when she pared the hole to stay two-up.

At the end Florida Lost all match plays against Arizona State. The Gators concluded the season with six team titles.

Previous Playoff Preview: Game 4 Between the Cavs and Celtics
Next SEC Baseball Tournament: Florida And Auburn Square Off In Hoover