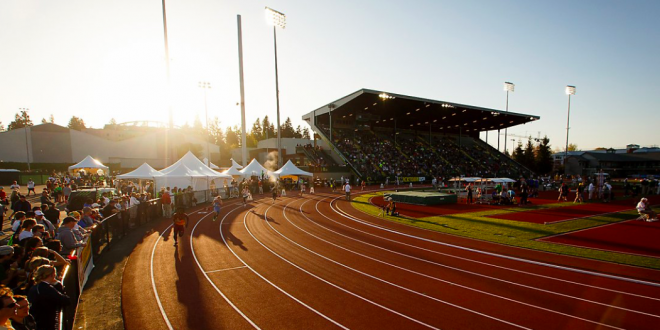 Florida Track and Field Competes at the NCAA Championships

Athletes who have qualified from their respective regions are now out in Eugene, Oregon for the NCAA Division I track and field championships.

Wednesday was the first day of the preliminary rounds for the men’s teams and individuals. The Florida Gators who are the defending 2016 Outdoor National Champions.

The Gators had six men compete Wednesday and did not disappoint. The Gators had two who competed in finals on Wednesday, which were SEC freshman of the year Grant Holloway and 2017 Indoor National Champion KeAndre Bates.

The duo went both one and two for the Orange and Blue. Bates’s leap of 26 feet and five inches crowned him national champion once again, while Grant Holloway’s 26-foott 3-inch jump landed him second. They are only the second pair of teammates in Division I history to go 1 and 2 in this event.

Holloway Goes All The Way

This wasn’t the only event Holloway competed and qualified in. His main event, the 110-meter hurdles, is where he ran a personal best time of 13.41 seconds, that was the second place time in the prelims.

Holloway also was placed on two of the relays for the Gators, the 4×100 and 4×400. The latter event qualified for the finals with a time of 3:03.98, the relay consisted of Nick Uruburu, Eric Futch, T.J Holmes, and Holloway.

In 2016 the Gators had another duo to go 1 and 2 at NCAAs, but it was in the 400-meter hurdles with Senior Eric Futch placing first and redshirt junior T.J Holmes placing second.

This season they’re both back at the championships and hope to get a similar result in 2017.

Futch ran a personal best time of 48.66 in the 400MH which gave him the second place qualifier on Wednesday. Holmes won his heat, which also gave him his ticket to the final round on Friday.

Men Not Done Yet

The lone representative from the distance side for the Gators was senior Andres Arroyo. Arroyo qualified for the 800 meter final for the second time in his outdoor collegiate career. He qualified on time with his 1.46.89.

This racked up 18 total points for the Gators placing them in third place, with more scoring opportunities available on Friday’s final.

On Friday’s final the Gators have those who’ve qualified will compete, along with 2017 SEC Indoor freshman field athlete of the year Clayton Brown and Jhonny Victor. Brown and Victor will both compete in the high jump. While Brown will double in the jumps by also competing in the triple jump. Brown did this during indoor season this year and scored in both.

The women’s side will compete tonight. They have eight individual athletes and two relays who have qualified for NCAAs. Their next step is to qualify for the women’s final which is on Saturday. 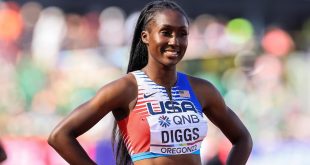 The Gators found great success this weekend at the 2022 World Track and Field Championships. …