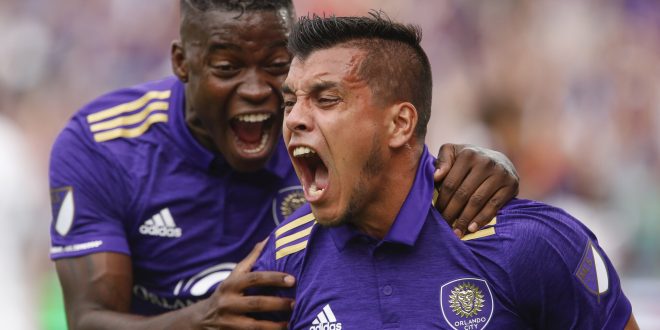 Orlando City announced that they will not renew Matias Perez Garcia’s contract ahead of their Friday night fixture against Real Salt Lake.

In the absence of Orlando City striker Cyle Larin, Garcia has been given more playing time in the squad. The first game that Cyle Larin missed due to his DUI, Garcia notched his first goal in an Orlando City uniform and provided an assist on the night in a wild 3-3 draw against the Montreal Impact. At that point, many folks thought that certainly a deal will be made regarding the midfielder’s contract.

An already anemic appetite for attack, Orlando City did themselves no favors by releasing an attacking option that seemed to be on the edge of top form. Cyle Larin has been cleared to play by the MLS for the upcoming game against Real Salt Lake, but Matias Perez Garcia played in a way that complimented the team more than Larin. Garcia could pick the ball up at midfield and run at defenders one-on-one as well as link up with the likes of midfielders Kaka, Will Johnson, and Antonio Nocerino more comfortably than the 22-year old Canadian striker, Cyle Larin. Orlando City could be setting themselves up for acquiring more offensive talent in the summer transfer window.

Matias Perez Garcia was the first signing under second-year head coach Jason Kreis. The Argentine international was acquired by Orlando City by way of the San Jose Earthquakes in the last hours of the summer transfer window last season. The additional international spot now opened up by Garcia’s absence has been filled by 21-year old Leonardo Pereira. The Orlando City B loanee has been called up to be on the roster immediately and is now available for first team action.

Originally from Ocala, Florida. University of Florida Class of 2017. Avid FIFA player willing to beat anybody. Follow me on Twitter for everything you need to know!
@JoshLaSelva
Previous End of an Era for the LA Clippers
Next Tim Tebow Homers In First Day With St. Lucie Mets