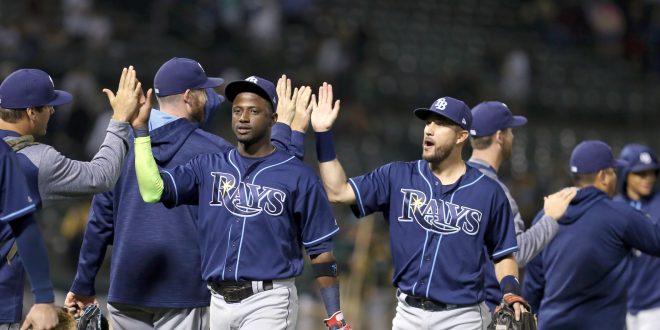 The Rays, having won 6 of their last 8 games, are looking to continue their stretch of solid play. The team is playing in their second series since the All-Star break after winning 2 out of 3 games against the Los Angeles Angels. The Rays rank 15th in the league in runs per game and 11th in earned runs per game. While they might not be putting up dominant performances, they are finding ways to win games. They are getting timely hits, stops, and individual performances that have led to wins. The Rays beat the A’s 3-2 in the first game of the series behind a great start by pitcher Jake Odorizzi.

Odo limited the damage to one swing last night.#RaysUp pic.twitter.com/3JtQYINHjv

The Rays are sitting at 50-44 and currently hold the first wild card spot in the AL playoff race. However, the team can’t get comfortable with their position. The Rays are two games behind the Red Sox for the AL east division lead and are 1.5 games ahead of the Yankees in the wild card race. They are only two games ahead of the Twins, who are in third place in the wild card race. With still 68 regular season games remaining and the American League playoff race being so close, every game matters for Tampa Bay. The Athletics, on the other hand, are in last place in their division and out of the playoff race for the time being.

Left-handed pitcher Blake Snell will be making the start for Tampa Bay. Snell, in his 2nd season, is 0-5 with a 4.85 ERA in 10 starts. He has not gotten past the 5th inning in any of his starts this season. For Oakland, right-hander Chris Smith is getting the start. Smith, at 36 years old, is making his 2nd ever MLB start. He has been a career bullpen pitcher but is getting the starting nod due to an injury to A’s pitcher Jharel Cotton. Smith allowed 3 runs in six innings in an Oakland victory in his first start. 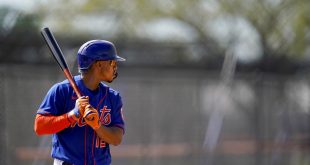