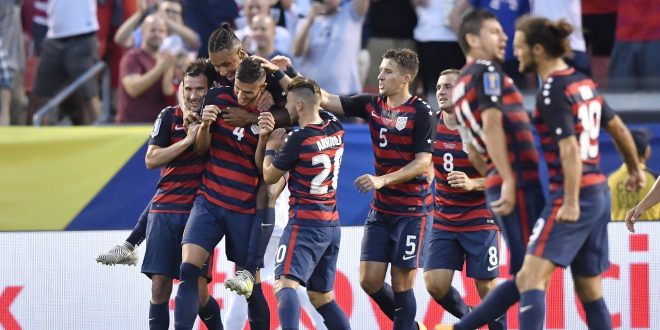 We’ve reached the business end of 2017 CONCACAF Gold Cup, with eight teams surviving group play to make it to the knockout stage. Wednesday night, the U.S. hosts El Salvador in the second of two quarterfinals on the night, as the Stars and Stripes look to draw on their 3-0 win over Nicaragua on Saturday.

Part of that improvement looks to come from six squad reinforcements head coach Bruce Arena has made for the knockout rounds.

Among the six, five have featured numerous times for the United States. Tim Howard, Michael Bradley, Clint Dempsey, Jozy Altidore, and Darlington Nagbe are some of the key members of the current national team, with the first four combining to play in 10 World Cups. The sixth is goalkeeper Jesse Gonzalez, who is getting his first call-up to the national team after switching his allegiance from Mexico to U.S. in November.

The veteran infusion figures to give a boost to what many saw as a B team for this tournament, which left out marquee players like Christian Pulisic and Fabian Johnson. Howard will slot into the starting goal keeper spot as Brad Guzan returns to his MLS team. Bradley and Nagbe enter to anchor the midfield, and Altidore and Dempsey will lead an attack that has improved since the first game against Panama.

Returning to their clubs to make room for the six call-ups will be goalies Guzan and Sean Johnson as well as four others. Alejandro Bedoya departs, in addition to Kelyn Rowe, Cristian Roldon, and Dom Dwyer, who scored in the first two group games.

The Americans come in as heavy favorites over an El Salvador team that finished in third place in Group C. The U.S. survived some lackluster performances against Panama and Martinique to win Group B nonetheless.

El Salvador meanwhile comes in a win, tie and draw each. They lost their first game, against Mexico, 3-1 before bouncing back to beat Curacao in the second game 2-0. A 1-1 draw against Jamaica in their final group stage game was enough to send both through to the quarterfinals.

The U.S. has won each of the past three meetings, including a 5-1 blowout win the last time the two met in Gold Cup action, back in 2013.

While it remains to be seen who will get the start along side the five veteran reinforcements for the U.S., the quality of players like Bradley and Dempsey on the pitch should give the U.S. confidence that they can continue their run of success against El Salvador.

The game is set for Wednesday night at 9 p.m. 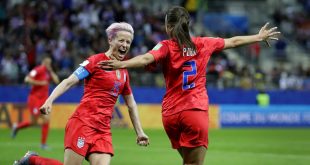 Historic World Cup Performance by the US Women’s National Team

In search of their second consecutive World Cup trophy, the US Women’s National Team did …