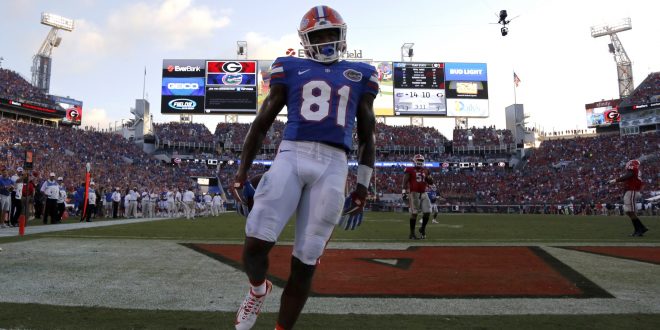 Gainesville, Fla. — The Florida Gators football will be without a few players for its 2017 season opener against Michigan.

The other players that will miss the match up on Sept. 2 at AT&T Field in Arlington, Texas are offensive linemen Kadeem Telfort and Richerd Desir-Jones, linebackers James Houston and Ventrell Miller, and defensive linemen Jordan Smith and Keivonnis Davis.

“We have a small group of players that have made some choices that are extremely disappointing,” head coach Jim McElwain said in a statement. “Action has been taken—they have missed some practice and will miss the Michigan game. We will use this as a learning opportunity and we will have some players step up as we move forward.”

How this hurts the Gators

The loss of Callaway will cause the greatest impact in the season kickoff against Michigan. The junior wide receiver led the team last season with 54 catches and 721 receiving yards. He also contributed on punt and kickoff returns.

Davis, a junior defensive lineman was also expected to see the field on defense as a defensive end.

There is no indication how long the suspensions will last and if the players will be back for the home opener against Northern Colorado on Sept. 9.

Stay tuned to WRUF as this story develops.