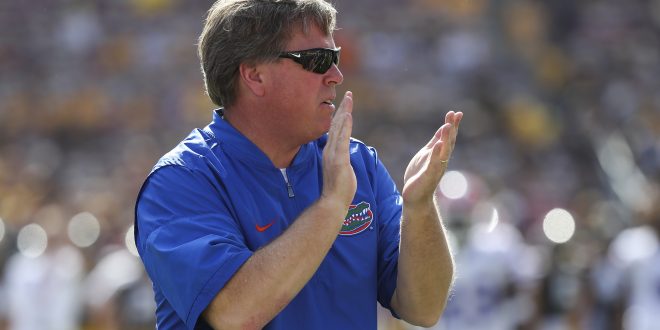 The Florida Gator football team didn’t even have enough offensive linemen to scrimmage during spring practices a few years ago. Now, it could be the team’s strength.

There was a switch made in the off-season that is a direct result of this new wave of optimism.  Insert new man in charge Brad Davis.

Coach Davis was hired as the offensive line coach to make the unit more disciplined, tougher, and physical up front. There has been a noticeable fire lit underneath the linemen courtesy of Davis’ passion to make them better.

So far in fall camp one lineman has stuck out in particular within the group.

Listed at 6'7 – 329lbs, redshirt Freshman Stone Forsythe has the size and the name to be a quality offensive lineman for the #Gators pic.twitter.com/LZIl6A79He

Forsythe makes other big dudes look small. For some perspective, in that video number 51 is Antonio Riles…Riles is 6’4″ and weighs 328 pounds.  Forsythe has put in a tremendous amount of work during his redshirt year to get into better physical shape, perhaps the best shape he’s been in since arriving on campus.

The three-star offensive lineman out of high school has been a Gator fan his entire life. When he received an official offer from coach McElwain, he committed right there on the phone.

We have not seen Forsythe play a down yet in college, but there’s no doubt that someone with that much size could be a big asset up front if he continues to improve and get better.

Originally from Ocala, Florida. University of Florida Class of 2017. Avid FIFA player willing to beat anybody. Follow me on Twitter for everything you need to know!
@JoshLaSelva
Previous Fall Camp Week 2: The Addition of James Robinson
Next 7 Gators Suspended For Season Opener, Including Antonio Callaway 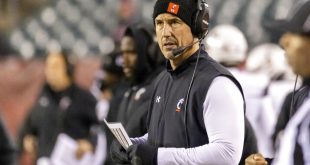