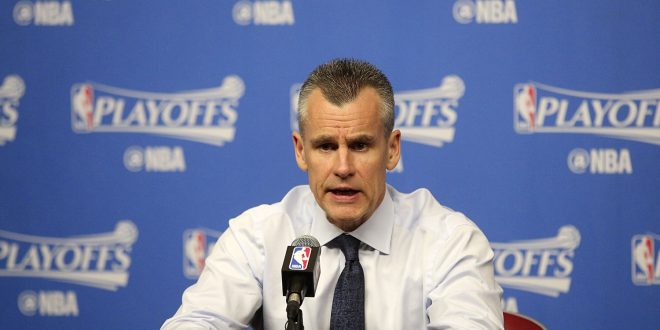 Billy Donovan Prepares For His Third Season With Oklahoma City

With the Mike White era fully in swing, Billy Donovan has become more of a memory than a mainstay in present day Gainesville. The former two-time national championship coach is now entering his third season with the Oklahoma City Thunder of the NBA. Donovan has coached the Thunder to at least 47 wins in each of his first two seasons in OKC. Below, we’ll take a look at the Thunder’s improvement and changes under Donovan. We’ve also included some highlights of Coach Donovan’s interview with Steve Russell on Sportscene with Steve Russell at the bottom of the article.

Billy Donovan had some great words.

"We always say our basketball team is like a family. You can't be a family without forgiveness." pic.twitter.com/5csz01XAZR