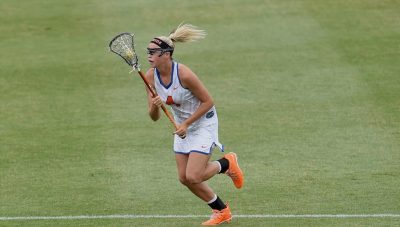 The Women’s Professional Lacrosse League is gearing up to begin in the Summer of 2018. Last night, they held their inaugural draft. Four former Gators heard their names called and some will even be playing together. In addition to the players, two assistant coaches will also be vital in starting up the league.

The women’s lacrosse league boasts four teams and Gators are featured in all of them. To kick off the list, Caroline Fitzgerald and Nicole Graziano will play together for the New York Fight. Fitzgerald and Graziano played at Florida together from 2014-2016. Next, Lauren Lea joins the Philadelphia Fire. Also, Mollie Stevens and Gator assistant coach Nadine Hadnagy will reunite through the Upstate Pride. Lastly, Taryn VanThof will represent the New England Command.

Fans seem excited for the league to begin. And for good reason, too – 100 women got the chance to show their skills on a national level.

A professional womens league is being started for lacrosse, Im so hype

There is nothing lax about four Florida Gators’ approach to the sport. At the 2022 …