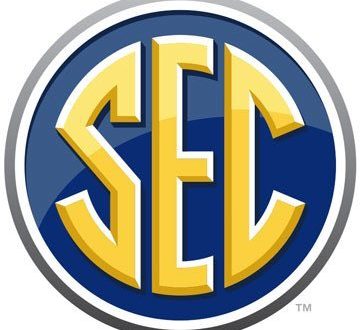 Gary Danielson Gearing Up for Another SEC Season

Another season of big-time SEC match-ups is only a few days away.

In the CBS booth, Brad Nessler replaces fan favorite Verne Lundquist and joins long-time analyst Gary Danielson. As Danielson gets ready to call another season full of marquee games, he shared his thoughts on many of the teams in the conference. 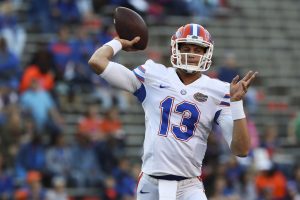 The biggest question mark coming into the season for Jim McElwain’s team has been the quarterback situation.

Feleipe Franks, Malik Zaire, and Luke Del Rio are all still battling for the position, with a starter yet to be named at the spot.

Danielson said he believes McElwain will strive to have a balance between the run and pass similar to what he had at Alabama, but that it hinges on his ability to find a quarterback he trusts.

With big names at running back, like Jordan Scarlett, and receivers, like Antonio Callaway and Tyrie Cleveland, the Gators have the playmakers in place to help whoever McElwain chooses as his quarterback.

The Crimson Tide may have fallen in last year’s title game, but come back as strong as ever, entering the season as the top ranked team. They return studs on both sides of the ball like Minkah Fitzpatrick, Jalen Hurts, and Calvin Ridley.

Danielson believes Alabama just needs to keep it simple. According to him, if Alabama just gets back to basics, don’t get too cute, and run the ball well with big running Bo Scarbrough, they’ll be “really hard to beat.”

That’ll be put to the test right off the bat, as they face No. 3 Florida State in Atlanta to kick off the season.

The SEC West is loaded again this year, but Danielson sees a potential dark horse coming from this division.

Losing running back Rawleigh Williams III is something the team will have to overcome, but Danielson believes the true tests for this team will be against TCU and Texas A&M. If Arkansas can knock off both of those teams, he thinks “they could be a real contender.”

The Bulldogs enter the season a popular pre-season pick to win the SEC East.

Coming back for his sophomore year is quarterback Jacob Eason, and he’s a big reason for the hype in Athens. Although he struggled a bit last year as a true freshman, Danielson said Eason is the least of Georgia’s worries, and that the team will take significant strides forward this season.

The Tigers visit Gainesville in early October for their much-anticipated meeting with the Gators, and they’ll be looking to develop along the offensive line before that clash.

LSU lost Ethan Pocic to the most recent NFL Draft, and two-year starting guard Maea Teuhama transferred from the program earlier in the summer, leaving offensive line down in Baton Rouge a little bit thin. Danielson said that’s LSU’s biggest concern going into the season, and he doesn’t see this line being as dominant as some of the ones they’ve had in recent years.