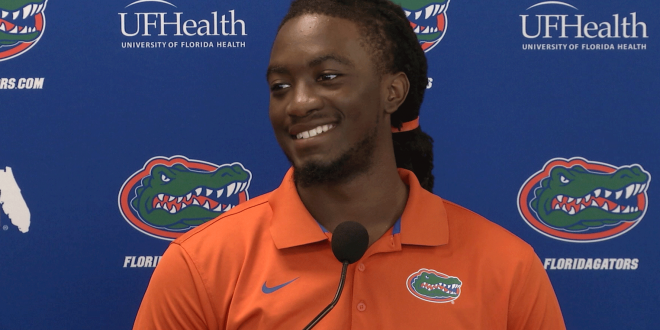 We are just days away from the Gators’ season opener against Michigan, and no one is more ready than Gator receiver Dre Massey.

On the opening kick of the opening game against UMass last season, Massey tore his ACL and was ruled out for the remainder of the season.

Since Massey’s injury, his phone screen saver has been AT&T Stadium — the site for Saturday’s game.

Get to know Dre Massey

Many do not remember Dre Massey simply because he was injured in his first game wearing an orange and blue uniform.

Here’s a refresher for those who may have forgotten:

In his sophomore year at Holmes, he played the wide receiver and running back positions. Massey notched 1,000 yards — 548 receiving yards and 452 rushing yards.

Not only can Massey play receiver and running back, but Massey also played quarterback in high school. He finished his high school career with 4,848 total yards — 2,798 passing yards, 2,050 rushing yards along with 62 touchdowns. So, maybe he can be thrown into the current quarterback battle for the Gators.

There is even a highlight of Massey punting at Holmes junior college. Yes, he can do it all.

Massey is confident in his knee

After Monday’s press conference with Massey, the main takeaway is that he is not going to hold back due to his knee.

Massey told reporters that despite wearing a knee brace in spring practices, he has not been wearing it recently.

When asked if he had an idea of who would be starting quarterback come Saturday, Massey jokingly said that he heard freshman Kadarius Toney is getting the nod to start at quarterback.

Previous Is It Josh Hammond Time For The Gators?
Next David Reese’s Journey 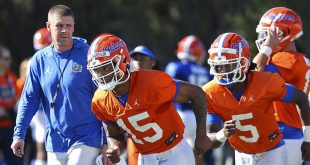 Gators Kick Off the Season with Fall Camp

Fall Camp Kicks Off In preparation for the upcoming 2022 season, the Florida Gators will …