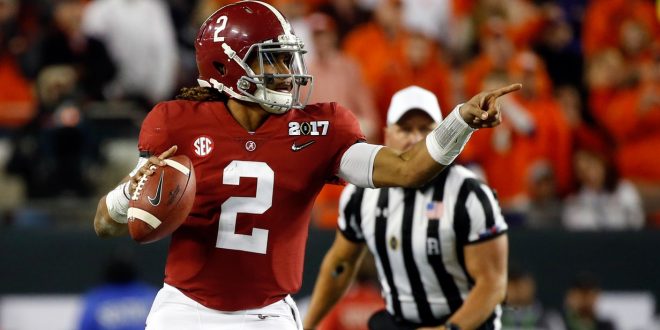 Game of the week or game of the year: Alabama vs FSU

The hype is back and college football is finally among us.

Fans across the nation will be awake and watching College Gameday at 9 a.m. tomorrow morning and will be glued to their TV until the final snap tomorrow night. The question is, will they be watching the games for their favorite college team or will it be for the game of the week, and possibly of all the college football? The number one ranked Alabama Crimson Tide will be facing the number three ranked Florida State Seminoles.

There are several reasons that this game has so many people talking. One major factor being that these two powerhouse-teams have not played each other since 2007. The Seminoles have done a lot of preparation off the field as well as on the field during their off-season. Head Coach Jimbo Fisher seems confident that their team has put in the extra work to be prepared for Saturday night.

Head Coach Nick Saban of Alabama knows the talent that FSU has this season is evident and that their defense is among one of the best in the nation.

The Tide has some returning talent from last year. Sophomore quarterback Jalen Hurts will play a big role for Alabama Saturday.

Hurts led Alabama to the College Football National Championship last season. It was in the national championship that the Tide was handed their only loss all season from Clemson losing 35-31. Hurts finished the season with 240 completions on 382 attempts and a total of 2,780 yards. At the end of last season, head coach Nick Saban talked about shifting Hurts to a more competent passing quarterback. Tomorrow night will be chance for Hurts to show what work was put in the off-season to improve as an offensive threat for the Tide.

Florida State also has a sophomore at the Quarterback position, Deondre Francois. Francois finished the season with 235 completions on 400 attempts and 20 touchdowns with a total of 3,350 yards and is the face of this Seminoles offense.

If the excitement around being the No. 1 and No. 3 team in the nation isn’t enough, the game will be played in the new replacement for the Georgia Dome. The $1.5 billion Mercedes-Benz Stadium in Atlanta, Georgia.