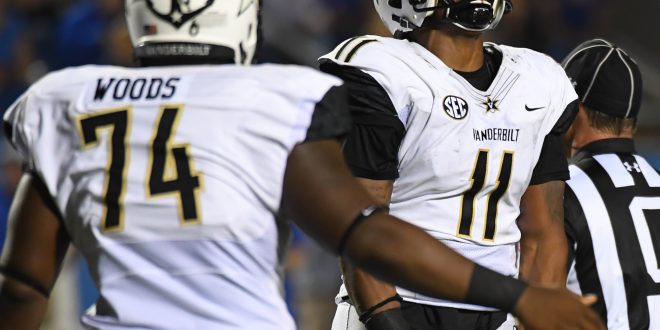 Alabama A&M’s making the trek back to Nashville, visiting Vanderbilt Stadium for the first time since 2007. Vanderbilt is coming off a win from Week 1, while Alabama A&M is hoping for redemption. Saturday’s matchup will be a test for both teams, with fans hoping to see progress going into Week 2.

The Commodores are coming off of a 28-6 win against the Middle Tennessee Blue Raiders, making this the first time Vanderbilt has a winning record under head coach Derek Mason. Mason still believes that they have a lot to prove and Week 2 will be a true matchup for his players. In Vanderbilt’s season opener, quarterback Kyle Shurmur threw for 296 yards and tied his career-high with three touchdowns. Mason believes that Shurmur did a great job moving the ball around and manufacturing the overall offense.

Going into this week’s game against Alabama A&M, Vanderbilt hopes to improve accuracy and gain yardage on the ground. Running back Ralph Webb didn’t have much luck against the Blue Raider defense, forcing to Shurmur to throw the ball. Defensively, Mason believes isolations need to be made and the line of scrimmage needs to be moved. Paying attention to all three phases of the team is an important factor if Vanderbilt wants to come out of Week 2 with a win.

The Bulldogs are having a slow start to their season, coming up short against the UAB Blazers in Week 1. A&M allowed 38 points against the Blazers and had a total of 183 offensive yards. 155 of those yards came off of just two drives. Even though A&M is moving up in classification, the team is focusing on maintaining their competitive edge.

The game is set to kickoff at 3 p.m Saturday (Sept. 9) at Vanderbilt Stadium.