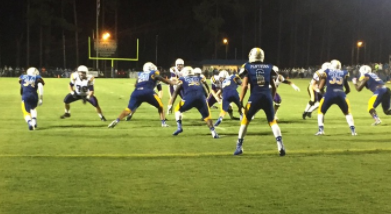 Hurricane Irma has wreaked havoc on sporting schedules across the state of Florida. Not only have collegiate and professional slates been affected, but the majority of high school games have been postponed or canceled, as well. Both games scheduled to take place at Citizens Field this week have been canceled and rescheduled.

Newberry was supposed to face Eastside on Thursday. At first, the game was rescheduled for Friday, but it is now set to take place on Monday at Citizens Field at 7 p.m. Athletic directors and coaches have been scrambling to get the affected games played. District games are required to be rescheduled. However, non-district games can be optionally made up at the discretion of athletic directors.

Eastside head coach Cedderick Daniels says the fluctuating schedule is difficult because football often serves as an escape from reality for his players and right now they have nothing to do. A hurricane like Irma can inflict some tough, unusual circumstances upon communities. Daniels says he has been in touch with his players, some of which still don’t have power, and is there for them is they need anything.

Newberry head coach Richard Vester says he and Daniels are doing everything they can to get the game in. Vester says his players have handled the ever-changing situation fantastically.