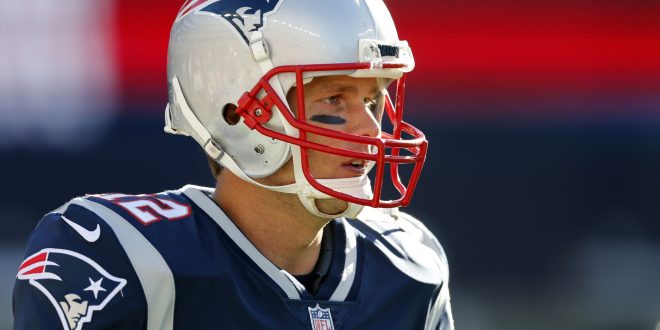 Tom Brady leads the 2-2 New England Patriots into the Sunshine State to face Jameis Winston and the 2-1 Tampa Bay Buccaneers. After pulling off a win over the New York Giants last week, the Bucs hope to extend their home-game winning streak to seven games. They are tied with the Green Bay Packers and the Oakland Raiders for the longest active home-game winning streak in the NFL.

The defending Super Bowl champion’s defense is currently ranked last in the NFL in three major categories. The past four weeks, the Pats’ defense has allowed:

However, Tom Brady leads the NFL with the most passing yards this season. Even with 1,399 passing yards, Brady says beating the Bucs won’t be easy for his team.

The Patriots are coming off their second home loss. According to the Patriots, New England is ranked first in offense and last in defense. New England will break all the post-Labor Day rules, as they sport their white-on-white look to celebrate the Color Rush affair. The Patriots are tied with the Jets (2-2), for second place in the AFC East behind the Buffalo Bills. The Patriots say this is a strange position for their team, but a must-win game in week 5 with the Buccaneers is a spot they’ve never been in before.

New England has never lost to the Bucs before. But Patriots head coach Bill Belichick has never gone up against QB Jameis Winston before either. “With Winston, I think he’s done a great job with him in two years, probably, arguably as good as any coach has done with any quarterback in the first two years of a career,” Belichick said Monday, according to Greg Auman of the Tampa Bay Times.  Belichick says he is impressed with Winston.

Bucs quarterback Jameis Winston completed all five passes he threw on the game’s final drive, including the key 26-yard strike to Cameron Brate on third-and-one that set up the winning field goal. That is the seventh game-winning drive Winston has directed in his 34 career starts, which is already the fifth-most by any quarterback in team history, according to the Buccaneers.

In week four, Winston threw for more than 300 yards and three touchdowns over the Giants. Winston now has seven 300-plus yard outings in his career, two of them consecutively.

“Winston should ride that momentum right into primetime opposite one of the game’s most elite quarterbacks in Tom Brady. With an arsenal of offensive weapons to choose from, including two viable tight ends in Cameron Brate and O.J. Howard, look for Winston to try to exploit a struggling Patriots secondary in the passing game,” Buccaneers said.

The Buccaneers have home field advantage tonight, and they also have running back Doug Martin debuting in the 2017 season. Martin will be returning to the field after being suspended for four games. He averaged 3.9 yards a carry in the preseason games and scored the lone touchdown over Jacksonville.

Watch the game on CBS at 8:25 tonight as the Bucs have the chance to defeat the defending champions.

Kate Venezio is a fourth-year telecommunication-news student at the University of Florida. Kate does it all: Behind the camera she captures emotional moments as a photographer for the University of Florida Athletic Association. She's comfortable being in front of the camera, too. Kate interviews players, coaches, fans and family members for pre- and post-game coverage as a beat reporter for ESPN Gainesville/WRUF-FM. In addition, Kate produces the sports segment for the weekly WUFT News program. There, she's responsible for writing the script in its entirety to include production commands. The presentation includes video highlights and interviews taped and edited, and Kate then live anchors the final package on a daily deadline. In addition, she writes stories for wruf.com where she informs sports fans of local, state, and national trending topics. Kate also utilizes social media as a tool to help get the stories in front of viewers.
@@kate_venezio
Previous College Football Preview: Missouri Visits Kentucky
Next College Football Preview: Ole Miss visits Auburn