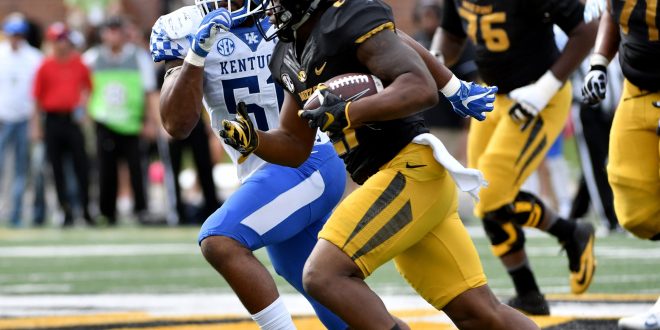 Two SEC teams are preparing for a rematch as the Kentucky Wildcats will host the Missouri Tigers this Saturday. The anticipation grows with Missouri coming off of a bye week and what that could potentially mean for the game. Currently, Missouri is 5th in the SEC East with a record of 1-3, while Kentucky is 3rd with a record of 4-1. The last time these two teams played, Missouri lost 35-21 against Kentucky.

Missouri is ready to travel for their first away game this season. After their bye week, the Tigers are rested and ready to take on Kentucky to end their three-game losing streak. The bye week gave the Tigers time not only to improve on techniques, but to work on maintaining their strengths. The improvements made during the bye week not only builds confidence for the team, but the expectations for each of their players. Barry Odom, the head football coach of the Tigers, believes that the success against Kentucky lies with the focus and execution the team needs in order to be influential on the field.

After winning against Eastern Michigan 24-20. The Wildcats are looking to add another victory to their season, though it may be a challenge. Kentucky Football head coach Mark Stoops is anxious for what the Tigers will bring to the field, but confident in the Wildcats’ ability as a team. The Wildcats are preparing for the different ways that Mizzou quarterback Drew Lock will influence the game. Lock’s a very talented playmaker and he’ll be dangerous coming off of rest from the bye week. Even though they are anxious about a well-rested team, Stoops is confident in their way to success.

This rematch will determine if the bye week will help the Missouri Tigers bounce back against the Kentucky Wildcats. Kick off is at 7:30 pm on Saturday.

No. 14 Ole Miss faces their first major test of the season at home hosting …