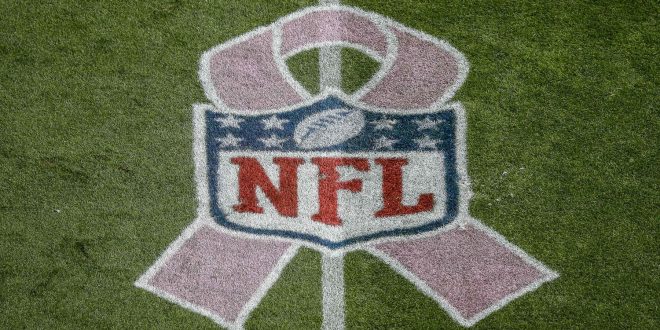 Kansas City remains as the NFL’s lone undefeated team following an impressive performance over the Texans on Sunday Night Football. Aaron Rodgers and the Packers stun the Cowboys in AT&T Stadium to move to 4-1 on the season.  And injuries continue to plague the NFL season as Odell Beckham Jr. and J.J. Watt were each carted off the field Sunday with ugly injuries.

Aaron Rodgers and the Packers rallied past the Cowboys with a last minute drive in Dallas. Dak Prescott put together a nice looking drive to take a 31-28 lead with 1:13 left in regulation.  Dak will be the first to admit he left about 73 seconds too much on the clock as Aaron Rodgers asserted his greatness in two-minute drives.

Rodgers capped off a 75-yard drive in just 1:02. Rodgers escaped a sack and scrambled for 18 yards before setting up a 12 yard back shoulder fade to Davante Adams with 11 seconds remaining to secure the win for the Packers.

Davante Adams caught seven catches for 66 yards and two touchdowns. It was nice to see Adams on the field following the scary helmet-to-helmet hit in Week 4 that saw him exit on a stretcher.

Green Bay (4-1) rallied from 15 down in the first half. Rookie Aaron Jones rumbled for 125 yards and a touchdown on 19 totes, becoming the first Green Bay running back with 100 yards since Samkon Gado in 2005.

Here’s Rodgers on his mindset:

Elliot finished with 116 yards on 29 carries. Even with a massive workload, defenses have keyed in on slowing Zeke.

The NFL’s lone unbeaten continues to roll with another strong performance by QB Alex Smith. Smith threw for 324 yards and three touchdowns to outpace the Texans in the Sunday nightcap.  Here’s Smith on the win:

The Texans lost J.J. Watt (tibial plateau fracture in his right leg) and Whitney Mercilus (chest) on the opening drive of the game. Watt was taken into the locker room for X-rays before being transported to the hospital in an ambulance. Watt’s injury marks another gold standard player exiting with a season-ending injury.  The Defensive End returned this season after missing the last 13 games in the 2016 campaign with his second back surgery.

Without Watt and Mercilus, the Texans had a difficult time trying to slow Alex Smith and the shifty Kansas City offense. Kareem Hunt tallied his fifth consecutive 100+ yard game from scrimmage with 107 yards on 29 carries. Versatile Tight End Travis Kelce added 98 yards on 8 catches before exiting the game in the second half with a concussion.

5 career games.
5 games w/ 100+ scrimmage yards.@Kareemhunt7 + @AdrianPeterson are only players in @NFLhistory to do so. #ChiefsKingdom pic.twitter.com/KdHADRinZv

Deshaun Watson tallied 261 yards and five touchdowns as the Texans fell short in their comeback attempt.

The Chargers outlasted the Giants in a battle of 0-4 teams at Metlife Stadium.  Phillip Rivers threw the eventual game-winning touchdown pass to Melvin Gordon with 2:58 to play.  Rivers and Manning inconsistent play continues to plague both teams.  Rivers finished 21 of 44 with three touchdowns and an interception.

The big news from this game came in the fourth quarter when Odell Beckham Jr.‘s ankle rolled awkwardly while pinned under the defender.  OBJ was carted off the field and will receive a second opinion before deciding whether to undergo surgery on his broken ankle.

Other Games Around the NFL:

Bengals beat the Bills behind A.J. Green‘s huge day.  Green finished with seven receptions for 189 yards and a touchdown.

Josh McCown threw for two touchdowns as the Jets topped the Browns in his return to Cleveland.

Cam Newton posted his second consecutive 300 yard 3 touchdown game as he looks to round back into his MVP form following the off-season shoulder surgery.

T.Y. Hilton tallied 177 yards on seven receptions as the Colts celebrate Manning’s return with a 26-23 win over the 49ers.

Jay Cutler temporarily silenced the boos in the fourth quarter with a late touchdown to lead the Dolphins past the Mariota-less Titans.

Carson Wentz threw for a career-best four touchdowns as the Eagles rolled the Cardinals at home.

The Jaguars defense combined for five interceptions and two touchdowns in the drubbing at Heinz Field.

Hey @EAMaddenNFL, we think @_fournette needs a bump in speed during your next update. #WinToday pic.twitter.com/q4PQxw9x3E

The Seahawks shut down the high-flying Rams offense, holding Gurley to 43 yards and a fumble on 14 carries.

Raiders struggle without Carr, amassing only 267 yards of total offense.

The 1-3 Bears square off against the 2-2 Vikings in a NFC North Divisional battle.  Bear’s 2017 No. 2 overall pick Mitchell Trubisky makes his NFL debut for millions of viewers on Monday Night Football.

The Vikings will be without star rookie running back Dalvin Cook as he is out for the season with an ACL tear.  Look for off-season acquisition Latavius Murray to handle the bulk of the workload for the Vikings.