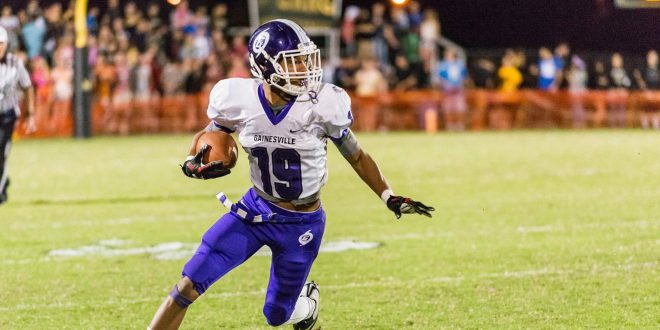 After a win against crosstown rival, Buchholz, Gainesville High School will look to continue its success against Ocala-Vanguard on Friday night. Both teams come in undefeated in District 5 play with the Hurricanes at 1-0 and Vanguard at 2-0.

Vanguard puts its 5-0 record on the line at Citizens Field against 4-1 Gainesville. They come in ranked No. 5 in Class 6A by the Associated Press and are coming off a 47-0 drubbing of Leesburg two weeks ago.

Quarterback Marquez Glover did not throw for many yards against Leesburg, but he did have three touchdown passes. He has totaled 15 touchdowns to just two interceptions on the year. He also has accounted for four scores on the ground.

The Knights also feature a dynamic duo in the backfield: junior Glover Cook and senior Devin Edwards. Both have three touchdowns to their name and have combined for 685 rushing yards.

Vanguard also boasts a defense that has recorded 29 total sacks so far. They have three players with more than five sacks on the year, all of them are seniors:

“They are the Alabama of District 5, (Class) 6A and they’re rolling,” GHS head coach Mark Latkso said. “We’re going to have our hands full.”

The Purple Hurricanes will be playing their second consecutive home game on Friday night. They are coming off a 31-21 win against Buchholz and Mark Latsko said his team is used to playing big games so close together.

“The kids are used to playing back-to-back big games and we get excited about it,” he said. “We know the season is going to be made or broke in these weeks in October and we want to be playing good football.”

Junior quarterback Luke Matthews did not throw for any scores in the win over Buchholz but does have 10 touchdowns to just three interceptions on the year.

Like Vanguard, Gainesville also boasts a tailback tandem of its own. Sophomore Kinnzon Hutchinson and senior Willie McKnight have combined for nine touchdowns and 397 rushing yards in 2017. GHS also has a threat at wide receiver with junior Jalen Kelsey, who is averaging over 100 yards per game.

Gainesville’s defense is not anything to underestimate either. Sophomore defensive lineman Gentle Hunt has totaled four sacks and 10 tackles-for-loss so far in 2017. Senior Amos Bostick leads the team with 4.5 sacks.

“We’re young in spots. Defensively, we’ve got some seniors that are playing some key spots,” Latkso said. “For the most part, we’re pretty young on the offensive side of the ball.”

What This Means for Both Teams

For Vanguard, a win would boost them to 6-0 on the year and 3-0 in the district. If the Hurricanes pull the upset, it would be a statement win for Gainesville and would put them in a good position in the district. 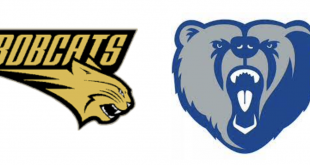 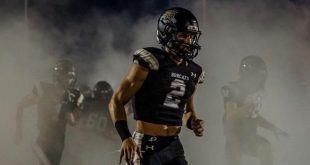