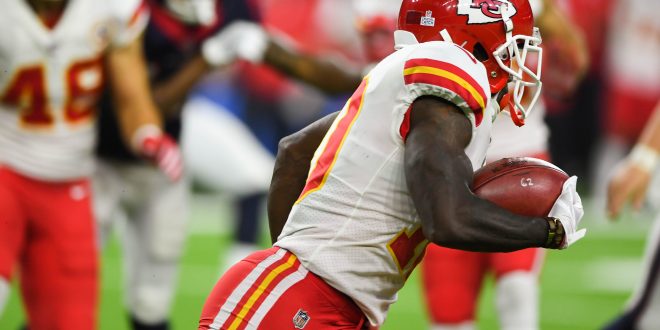 Key highlights of Week 6 of the 2017 NFL regular season:

The Kansas City Chiefs are no longer undefeated after Week 6 of the NFL regular season. The Pittsburgh Steelers defeated the Chiefs 19-13 yesterday in Kansas City, beating the last undefeated team in the league. Overall, the Steelers totaled 439 yards, while the Chiefs had only 251 total yards, Kansas City’s lowest total yardage in one game all season. Kansas City also only had 12 first downs, while Pittsburgh had 23. With the Steelers’ Le’Veon Bell’s touchdown and 179 rushing yards and Antonio Brown’s touchdown in the fourth quarter, the Chiefs could not bounce back. The Chiefs also had their first turnover since their first offensive play of the season in the first half. Chiefs quarterback Alex Smith believes the performance of the Steelers defense was the reason for Kansas City’s loss.

Kansas City is now tied with the Philadelphia Eagles as both teams lead the league with an overall record of 5-1.

Peterson Proves Himself in Cardinals Debut

After being traded from the New Orleans Saints, Adrian Peterson had his debut as an Arizona Cardinal yesterday in their 38-33 win against the Tampa Bay Buccaneers yesterday. Peterson proved himself by running for 134 yards and two touchdowns on 26 carries. Peterson did not waste any time in yesterday’s game. On Arizona’s first possession, Peterson had 54 yards on four carries. He then added a 27-yard touchdown run. Peterson had another touchdown in the fourth quarter with a 1-yard run into the end zone giving Arizona their last touchdown of the game. Peterson says he’s been waiting for this opportunity with the Cardinals.

The New York Giants finally have a win under their belt after defeating the Denver Broncos, 23-10. With their first win of the season, they have now improved their record to 1-5 overall. The Giants were without six of their starters, including three wide receivers who have season ending injuries, such as Odell Beckham Jr. However, New York only had 266 total yards, while Denver almost doubled that with 412 yards.

Giants quarterback Eli Manning says the offense had a good performance this week.

The Giants managed two touchdowns against the Broncos and 3 field goals. The Broncos only scored one touchdown against the Giants and had 3 turnovers. One of those turnovers resulted in a 43 yard interception return for a touchdown by Janoris Jenkins. Aldrick Rosas was a key factor was the Giants win as well as he accumulated 9 points in field goals.

Sydney is a senior studying telecommunications with a specialization in sports media at the University of Florida. She is a multimedia sports reporter for ESPN 98.1 FM/850 AM WRUF and WUFT-TV.
Previous NLCS Recap: Dodgers win on 3 run walk-off
Next What to expect in the ALCS from the Yankees and Astros after the ALDS