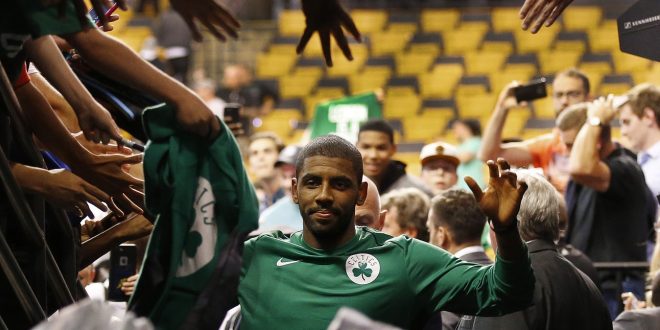 The NBA is back, and the drama is too. The Cleveland Cavaliers and the Boston Celtics are playing in an Eastern Conference Finals rematch that could be one of the most anticipated season openers in history.

One month removed from his third consecutive finals appearance, Kyrie Irving expressed his dissatisfaction of playing in the shadow of LeBron James. Fast forward another month, and here is how the trade worked out.

With Isaiah Thomas out with an injury until the second half of the season, even more eyes will be locked on Kyrie Irving playing in a Celtics jersey for the opener.

Forward Jae Crowder will receive valuable minutes as a solid defensive asset. Crowder’s defensive plus-minus ranks him at 13th in the league at small forward. However, his overall defensive plus-minus puts him as the third best defender on the Cavs. His size, strength and speed allows Coach Tyronn Lue to match Crowder up against perimeter and post players. This will lift the defensive load off LeBron’s shoulders. Crowder will be an irritant to the Celtics on both sides of the ball Tuesday night.

This will not be the first time Kyrie Irving has been without LeBron James, though it has not happened since the 2013-14 season. In his first three seasons in the league, Irving was the leader of the Cavaliers — He averaged 20.6 points per game. While his scoring was impressive, the Cavaliers did not finish better than 10th in the Eastern Conference. During that time, Kyrie’s record against LeBron was 0-6.

With LeBron by his side, Irving’s scoring improved by averaging 22.2 points, not to mention three consecutive NBA finals appearances.

Though every NBA fan across the world would love to see LeBron play, his status remains questionable. James tweaked his ankle during training camp, then reinjured it against the Chicago Bulls in the preseason. However, he did participate in shootaround Tuesday morning. James has not missed a season opener in his 14-year career, and it is hard to imagine he would miss this one. J.R. Smith thinks so too:

Previous Top Teams Fall, Saban Rolls On
Next Cubs Host Dodgers in Game 3 of the NCLS