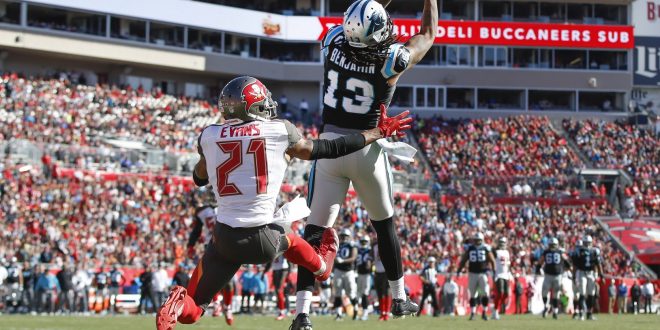 The free fall continues for the Tampa Bay Buccaneers as they dropped their fourth straight in a 17-3 loss at home against the Carolina Panthers. Several players continue to voice their frustration over a lack of playing time and poor use of their skill set in play schemes.

The offensive woes continue as this was the third straight week that the Buccaneers failed to score a touchdown in the first half. This is surprising as the Buccaneers have the league’s second best passing game with 295.4 yards per game.

Winston struggled with the wind swirling Sunday, completing just 21 of 38 for 210 yards and no touchdowns.This game marks the first time the Bucs have failed to score a touchdown since Winston entered the league as the No. 1 pick in the 2015 draft. Winston missed receivers badly at times, throwing for two interceptions, fumbling the ball once, and absorbing three sacks to a Carolina defense that hasn’t allowed a touchdown in their past two outings.

Several star players for Tampa Bay have voiced their frustration over the past week. Safety TJ Ward and defensive tackle Chris Baker shared their displeasure with the lack of playing time. And defensive lineman Gerald McCoy is displeased with how the coaching staff is utilizing his skill set.

Meanwhile, Vernon Hargreaves is showing excellent progression in his second year in the NFL.  Hargreaves has held receivers to two catches for 13 yards on 11 targets over the past two games.

The Panthers have the league’s third ranked defense allowing just 258.5 yards per game. Luke Kuechly and Mike Adams each recorded an interception and Julius Peppers added a sack fumble to stymie the Bucs defense to just three points.

The 2-5 Buccaneers travel to New Orleans for a divisional battle with the NFC South leading 5-2 Saints.  Gerrold McCoy emphasizes the importance of this game to stop the bleeding and slow the momentum of a division rival.