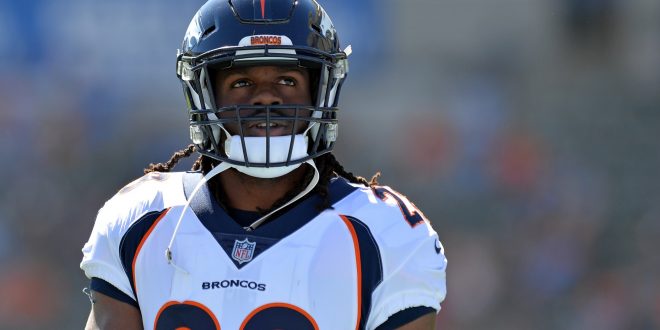 The 3-3 Denver Broncos will visit the 5-2 Kansas City Chiefs Monday night at 8:30 p.m. The Broncos are coming off of a 21-0 drumming from the Chargers, while the Chiefs lost 31-30 on the last play of the game against the Raiders.

The theme for the Broncos in recent weeks has been a lack of offensive output. The Broncos’ offense has been on a downward spiral since the first two weeks of the NFL season in which they scored 24 against the Chargers and 42 against the Colts. Since then, the Broncos have mustered 16, 16, 10 and now zero points.

Broncos’ coach Vance Joseph calls for his offense to convert with the passing game.

Similarly, the Chiefs have struggled in recent weeks. After a fantastic unbeaten start to the season, including a 42-27 win at New England in Week 1, the Chiefs how now lost two consecutive games to bring their record to 5-2. Unlike the Broncos in the last two weeks, the Chiefs have lost close games, first losing 19-13 to the Steelers, then 31-30 to the Raiders.

One thing the Chiefs need to avoid this game is penalties. Last week against the Raiders, the Chiefs had two consecutive penalties that led to a 2-yard touchdown pass from Derek Carr to Michael Crabtree at the end of the game, resulting in a Raiders win.

Chiefs’ coach Andy Reid discusses his frustration with losing on penalties against the Raiders.

The Broncos are struggling with injuries more so than the Chiefs.

The Chiefs have a relatively healthy squad, with six players total listed on the injury report. Four of the six players participated fully in practice, and two had limited participation.