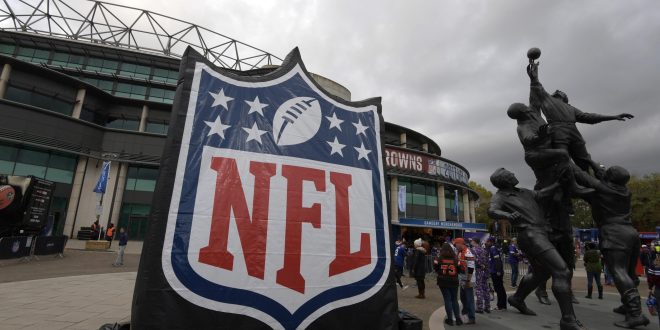 With only eight weeks left in the NFL season, many teams are preparing for a playoff push. Others are bottoming out for a top pick in the draft. Four teams are on a bye this week, including the 8-1 Philadelphia Eagles and the 6-3 Kansas City Chiefs.

This contest has a ton of playoff implications. The Saints lead the Carolina Panthers by half a game, and have won six straight after starting 0-2. The Bills are a game back of the division-leading New England Patriots.

Drew Brees has been his typical self, throwing for at least 250 yards in six of the team’s eight games. Brees will be facing a tough Buffalo secondary that ranks second in the league with 11 interceptions on the season.

.@Saints are the 3rd team in the Super Bowl era to win 6 straight following an 0-2 start. The other 2('93 Cowboys, '07 Giants) won the SB. pic.twitter.com/sSNWVQMMAy

The Minnesota Vikings look to be running away with the NFC North. The Packers lost star quarterback Aaron Rodgers for the season with a broken collar bone. The Bears have had relative success under rookie quarterback Mitchell Trubisky.

However, a playoff run cannot be expected with an inexperienced play-caller at the helm. The Bears dominant rushing game has helped the team win three games thus far, but both teams should end up in the middle of the pack by the conclusion of the season.

After starting 3-1 on the season, the Lions have lost three of their past four games. The winless Browns should give the Lions a great chance to get back above .500. The Browns rank in the bottom ten is most offensive and defensive categories. The Lions rushing game has failed them yet again this season, ranking 29th in rushing yards per game (79.9) and 26th in rushing touchdowns (3).

The Bengals playoff hopes are nonexistent, while the Titans are right in the midst of a divisional race. The Titans are on week three on their month-long tour of the AFC North. Tennessee has won three straight, and has a very favorable schedule to close the season. Cincinnati has been a major disappointment this year. This comes as a shock to most considering they are less than two seasons removed from going 12-4 and winning the division.

The Steelers could run away with their division this week if they can pull out a win at Lucas Oil Stadium. Antonio Brown leads the league with 835 receiving yards, and Le’Veon Bell ranks third in rushing with 760 yards. The Colts season has been lost from day one because of the absence of Andrew Luck, who is officially out for the season with a shoulder injury.

Unfortunately for the Redskins, the NFC East has essentially been wrapped up because the Philadelphia Eagles are 8-1 and don’t seem to be slowing down anytime soon. On the other hand, the Vikings have continued to win without rookie running back Dalvin Cook and quarterback Sam Bradford, who are both out for the season.

The Redskins still do have playoff hopes as a wildcard team, but Kirk Cousins must go on a late-season tear for that to happen.

The Texans look to stay alive in their divisional race, but it seems improbable with the loss of star quarterback Deshaun Watson. Receiver DeAndre Hopkins ranks third in the league with 692 yards.

The Rams look to win their fourth straight game and inch closer to securing their first playoff birth since 2004. Todd Gurley is one of the top up-and-coming running backs in the league, and Jared Goff has severely exceeded expectations in his second year.

The Cowboys have won three games in a row, while the Falcons have lost four out of five. Dallas is still firmly in the wild card picture, but their playoff hopes took a major hit with Ezekiel Elliot’s six-game suspension officially being upheld.

The Cowboys will now turn to Alfred Morris as their lead back, and the passing offense will need to shoulder more of the load. The Falcons are in trouble. Matt Ryan has severely underwhelmed this season, and they have a difficult schedule to close out the season.

This is a battle of the bottom-feeders. The Giants lost Odell Beckham Jr. and Brandon Marshall for the season, which depleted their passing offense. The 49ers are off to their worst start in franchise history, but just traded for former Patriot Jimmy Garoppolo.

This game only has 2018 NFL Draft implications.

Tom Brady and Bill Belichick still reside in New England, and the Patriots are still dominating the AFC East. The Patriots haven’t missed the playoffs since 2002, and that doesn’t seem to be changing any time soon.

After starting the season 3-1, the Broncos have now lost four in a row. They can’t seem to find anything productive on offense, which has been an issue since Peyton Manning retired in 2016.

The age-old rivalry of North Florida vs. South Florida will take place on Thursday Night …