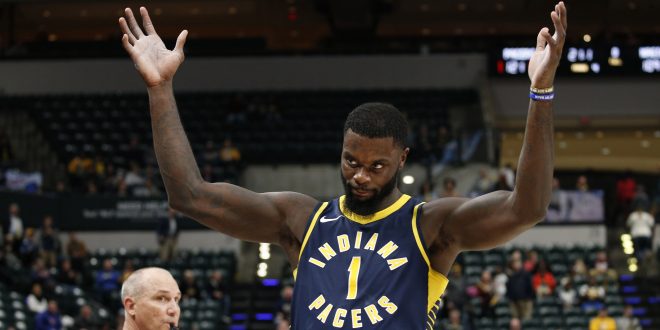 The Orlando Magic were once a promising 8-4 this season, looking like a team that was ready to make the next step under head coach Frank Vogel. However, those days now seem like a distant memory as the team has been on a downward spiral ever since. The Magic lost their ninth game in a row last night to the Indiana Pacers 121-109. The team is being outscored by an average margin of 15 points during this skid.

Magic Keep it Close For Most of the Game

Despite what the score says, the game was actually closer than it indicated as the Magic constantly gave the Pacers fits. There were 11 lead changes during the game and the Pacers did not really pull away until the fourth quarter where they outscored the Magic 36-25. Victor Oladipo led the way for Indiana with 26 points on 79 percent shooting, six rebounds and five assists. In addition, he was a defensive menace with two steals and four blocks.

.@VicOladipo led all scorers with 26 points. He also added 6 rebounds, 5 assists, 2 steals, and tied his career high with 4 blocks. pic.twitter.com/Zsu3hXA9Qk

Bench Proves to Be the Difference

The Magic’s starters actually performed better than the Pacers’ starters. Every starter for Orlando scored in double figures, combining for 80 points on 45 percent shooting. Jonathan Simmons led the way with 21 points on 43 percent shooting. Nikola Vucevic had a double-double with 16 points and 12 rebounds while Aaron Gordon continued his bid for Most Improved Player with 16 points on 50 percent shooting, six rebounds and four blocks. The Pacers had two starters score below 10 points. Thaddeus Young had a game to forget with two points on 1-9 shooting while Darren Collison had seven points on 2-7 shooting.

Stephenson now has 16 pts, 8 reb, 5ast. Think he relishes the chance to play in Indy?