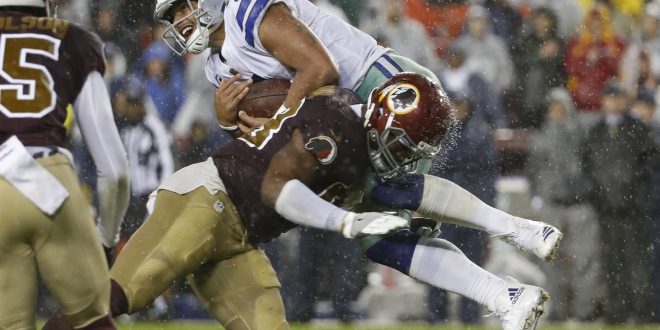 Thursday night football is back tonight with a possible wildcard on the horizon. In an NFC East showdown, the Dallas Cowboys and the Washington Redskins face-off tonight in Dallas. Both teams go into tonight’s game with a record of 5-6. The last time these two teams played earlier this season, the Cowboys came out on top with a 33-19 victory.

The Redskins will travel to Dallas to battle the Cowboys. Washington is looking for another win tonight even though some players will be out. In order to win against the Cowboys, Washington is looking to Jamison Crowder, among others, to come out with a win tonight. Redskins head coach Jay Gruden is focused on the positives in terms of what his team can bring to the game.

The Dallas Cowboys are looking to bounce back tonight in hopes of a wildcard. The Cowboys are currently on a three-game losing streak, but that could change tonight. Like Washington, the Cowboys are also going into tonight’s game with missing players. Both Sean Lee and Justin Durant are out with injuries which leaves the Cowboys at a disadvantage. Head coach Jason Garrett knows that tonight’s game will be a challenge for the wildcard with wide receiver Jamison Crowder playing against them.