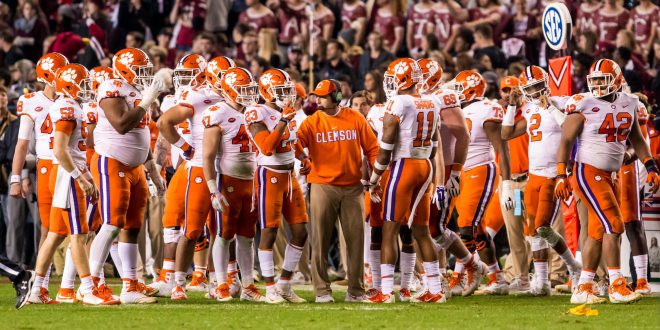 The kings of the Atlantic Coast Conference will be crowned come Saturday night in Charlotte, North Carolina.

The last time these two teams met was in 2015. Back then, Al Golden was in his last year and Miami was trounced in Sun Life Stadium 58-0 by a Dabo Swinney-led Clemson team on its way to an undefeated regular season and its first College Football Playoff appearance.

A Three-peat in the Making?

Now, a win over the Hurricanes would all but surely solidify a third straight playoff birth for the No. 1 ranked Tigers. They come into this game on a roll. They are winners of five straight, including 17-point and 24-point defeats of Florida State and South Carolina respectively.

A helpful part of Clemson’s winning strategy is a ferocious defense. The Tigers’ defense comes in allowing an average of 217 total yards in its last three games and have forced two turnovers in each them.

Swinney’s offense is committed to the ground game this year by utilizing a running back by committee strategy with Travis Etienne, Tavien Feaster and even quarterback Kelly Bryant. In addition to those three, running backs Adam Choice and C.J. Fuller have a combined 102 carries, 503 yards and and eight touchdowns this season.

They will look to take advantage of a Miami defense that ranks 47th in rush defense this season.

What about the U?

Miami missed out on an undefeated regular season last week, but still have a chance at the conference title.

The No. 7 Hurricanes come in following a 24-14 loss to unranked Pittsburgh at Heinz Field. They are an overwhelming underdog as ESPN’s Football Power Index gives the Canes a 25.2 percent chance of winning on Saturday.

Miami will be going up against a stout Clemson defense without two of its statistically top three receivers in tight end Chris Herndon IV and wide receiver Ahmmon Richards. They accounted for 64 catches, 916 yards and seven touchdowns this season. Quarterback Malik Rosier will need other players to step up if they wish to challenge a Tigers secondary that is allowing 169 passing yards a game.

However, the Hurricanes present a defensive challenge for Clemson too. They rank in the top three in the country for both sacks (1) and forced turnovers (3). Their knack for taking the ball away from opponents (29 forced turnovers) shined a spotlight on their flashy Turnover Chain all year.

The Canes also have a running game of their own as running back Travis Homer enters the game totaling 861 yards on 137 carries. In addition to averaging over six yards per carry, Homer has accounted for seven rushing touchdowns.

Miami utilizes its quarterback’s legs just like Clemson. Malik Rosier is the Canes’ third-leading rusher with 408 yards on 112 carries and five touchdowns.

A Miami win would definitely muddy the waters for the College Football Playoff. 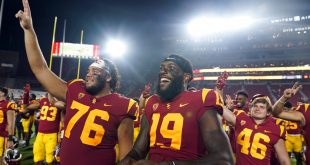