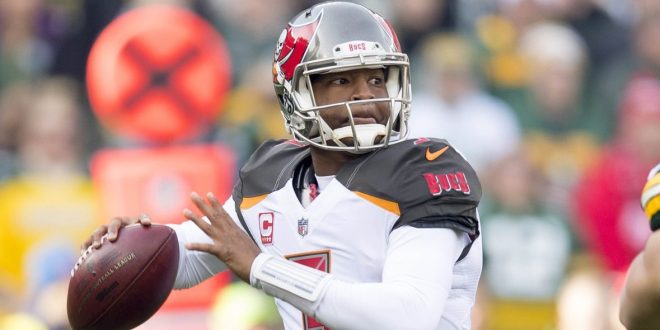 Things started off well for the Tampa Bay Buccaneers as they faced off against the Green Bay Packers in an NFC showdown. Jameis Winston connected with tight end Cameron Brate on a 28-yard one-handed catch on the first drive of the game. The first touchdown on the opening drive for the Buccaneers this entire season. The Bucs led 7-0 in the first quarter and things were looking up for Winston in his first game back after missing an entire month from an AC joint injury in his shoulder.

After losing Aaron Rodgers a couple weeks back to a collarbone injury, things haven’t been bright for the cheese-heads. Brett Hundley, the third-year quarter back from UCLA, replaced Rodgers and the team has totaled to 1-3 ever since. Although inconsistent, Hundley’s had a couple of breakout games, like the one against the top-tier Steelers’ defensive team and the Lions. So, the Buccaneers knew they had a tough game in their hands.

The Buccaneers defense only allowed a field goal on the Packers first drive. The Bucs’ offense came back on the field and couldn’t amount to anything. Next thing you know, their punt gets blocked and helps the Packers begin their drive in great field position. The Packers score on a 1-yard run by running back Jamaal Williams, they led 10-7.

The following possession was costly. Winston gave up a sack and fumbled it into the hands of defensive end Dean Lowry who ran it back for a 62 yard touchdown. Packers up 17-7 with 4 minutes left in the first half. The Bucs responded with a field goal by their kicker Patrick Murray and ended the half down 17-10.

The most exciting of the two halves began with the Buccaneers rallying back with a strong running game. Both Peyton Barber and Jacquizz Rodgers started to pound the ball for the Bucs to get into Packers territory. Both teams couldn’t get much going on offense in the third quarter. Three total possessions for both teams and all three ended in punts as they both failed to score in the third.

Following the scoreless quarter, the fourth immediately began with another field goal by Murray for the Buccaneers. Being down 17-13, the Buccaneers needed a good defensive stop to have a chance to take their first lead since the first quarter.

Afterwards, the Packers retained the ball after the made field goal by the Buccaneers to get stopped by an explosive four-and-out defense by Tampa. Put emphasis on the Bucs’ defensive end Gerald McCoy who tackled rookie Jamaal Williams for a three yard loss. Hundley followed up with an incomplete pass which brought out the Packers punting unit.

Tampa rallied on a 78-yard scoring drive to take the lead. Winston connected with Brate for the second time on an 11-yard touchdown grab that made the Buccaneers take the 20-17 lead with 6:02 left in the game.

Following the late Buccaneers scoring drive, the Packers offense was back on the field to tie or even take the lead. It took less then two minutes for the Packers to get inside Buccaneer territory. The most crucial play was the personal foul called on the Bucs’ defensive back William Gholston, after “roughing the passer” following a 14-yard catch. The Packers were in field goal range and ended up tying the game after a successful 22-yard field goal attempt by Mason Crosby.

Its Not Over Til The Fat Lady Sings

None of the teams scored again before the end of regulation. Which means OVERTIME!

The Packers won the toss and elected to receive. It took eight plays for the Packers to get in the end zone after a 20-yard run by Aaron Jones to seal their 26-20 victory over the Tampa Bay Buccaneers.

Moving forward into week 14, the Buccaneers will head home to Tampa on a 2-game losing streak and host Matthew Stafford and the visiting Detroit Lions. Meanwhile, the Packers will fly to Cleveland and go face-to-face against the win-less Browns.

Recent grad from the University of Florida. Editing all articles on here while helping out the newbies. Love all things basketball.
@@MarcoJMartinez_
Previous Week 13: Around the NFL
Next Georgia earnes playoff spot