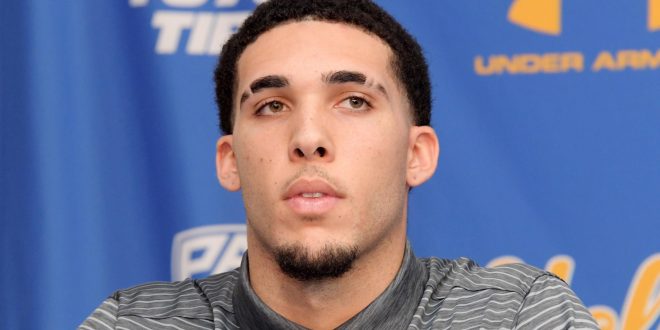 No More Ball Family at UCLA

No, Lonzo isn’t leaving the Lakers. Instead, it’s his two younger brothers who are leaving Los Angeles, specifically UCLA.

Lavar Ball is pulling his second son, LiAngelo, from UCLA after concerns over his indefinite suspension at the school. The suspension stems from a shoplifting charge that involved him and two other players while the Bruins were in China to face Georgia Tech in their season opener.

LaVar Ball: "He's not transferring to another school," he told ESPN. "The plan is now to get Gelo ready for the NBA Draft." The plan was always for LiAngelo to spend one season at UCLA and then leave, regardless of whether he was projected to be drafted.

Lavar Ball added that there is no fall back plan.

LiAngelo leaves UCLA having never stepped on the court for the Bruins after coming in as a four-star recruit. The expectation is that he will go overseas in preparation for the NBA Draft, although many experts believe his career lies overseas. While LiAngelo said he realized what he did was stupid too late, he just wants a chance to play.

Talked to an NBA scouting exec about LiAngelo Ball, asked about his level. "He's got a chance at the Spanish League," he said, straight faced.

It IS a good league, I will note.

Meanwhile, Lavar Ball also pulling out his youngest son, LaMelo Ball, from his high school in Los Angeles. The youngest Ball brother is also reportedly looking at options to play overseas. This would mean the five-star, Class of 2019 point guard would go back on his commitment from UCLA and instead spend his time in an international league while getting ready for the NBA Draft.

One possible reason for pulling LaMelo Ball from school has to do with his sneaker. LaMelo has his own signature shoe with Big Baller Brand, the family’s clothing company, called Melo Ball 1. He profits from the shoe, which would generally be a violation of the NCAA’s amateurism rules.

"The NCAA's not going to clear (LaMelo) because he's got a shoe right now, a sneaker where he's making money off of." – @GoodmanESPN on the future of LaMelo Ball pic.twitter.com/p7BAsGofqx

There’s many moving parts to this story, but it appears LiAngelo and LaMelo Ball will not be following their brother Lonzo’s path to the NBA by way of UCLA.