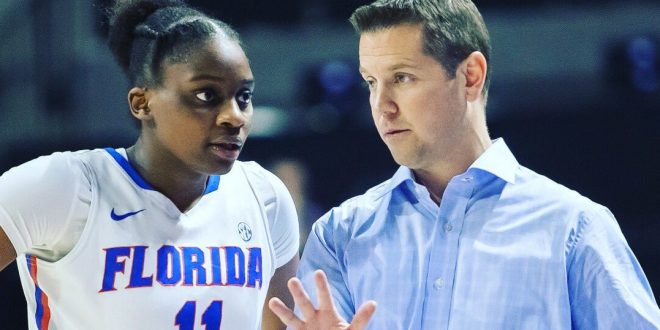 After a week off for final exams and much-needed rest, the Florida Gator women’s basketball team returns to the court rejuvenated and ready to get back at it. The Gators host the Gator Holiday Classic this week. Florida’s first matchup is Wednesday afternoon against Chattanooga.

When looking at the final score of the Gators’ last game against Marshall, it could be hard for some to believe that the Gators were in complete control for most of the game. For those who watched the game, they can attest that Florida was rolling through three quarters. Then in the fourth quarter, the Gator shooters got cold and the defensive intensity diminished. It took the Gators sinking key free throws at the end to prevent the collapse. If the Gators get out to a commanding lead late in the game against Chattanooga, it will be interesting how the team responds and if they can finish the game strong.

Led by head coach Jim Foster, Chattanooga has been rolling as of late. After starting the season 0-3, the Mocs have won seven of its last eight. This run featured a six-game winning streak, that included wins over Northwestern, Georgetown, Auburn, and Indiana. The latest win for Chattanooga came Sunday as they beat Florida Gulf Coast 68-61. The Mocs are led by the Gilbert sisters, Keiana and Ariana. Keiana and Ariana are the leading scorers for Chattanooga, both averaging 13 points a game. The sisters are efficient scorers, shooting over 40% from the field and from beyond the arc. The Gators must slow this dynamic duo down on Wednesday.

Battle of The Three

The Gators are at their best this season when they are feeling it from beyond the arc. In the win over Marshall, the Gators hit ten three-pointers. The formula for slowing down the Gator offense is to prevent the three ball from falling. Chattanooga comes into Gainesville trying to do just that. The Mocs have proven to lockdown teams from beyond the arc. They are giving up a mere 29.6% to opponents shooting from three-point land. The Gators have to find a way to break through the perimeter defense of Chattanooga if they want to get out with a win on Wednesday.

The Florida Gator women’s basketball team took the opportunity to spread some holiday cheer in the community during their week away from the court. The team visited young patients at the Children’s Hospital at UF Shands Monday. The team wanted to bring some happiness to the young patients and their families, who are spending the holidays in the hospital.

Thank you to all of the great people at @UFHealth Children’s Hospital for allowing us to spread love and light today during the holiday season. pic.twitter.com/Jm0PAWC40p

The Gators and Mocs will get the Gator Holiday Classic started with a noon tip-off from Exactech Arena. Following the game, game two of the day will start. The second game will feature Princeton and St. Joesph’s, the Gators’ Thursday opponent.

Previous The Ones Who Defied the Odds: Top 10 Undrafted NBA Players of All Time
Next FEATURE: From JUCO to Florida, Mark Thompson Has Persevered