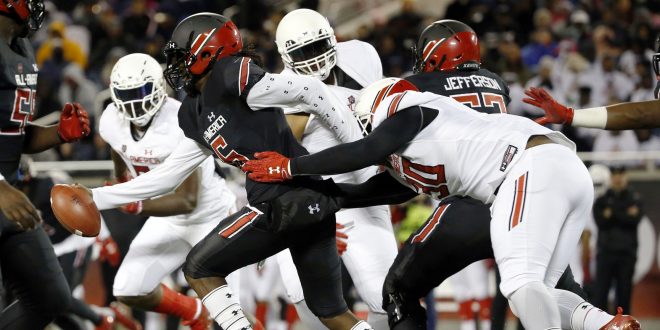 Four Florida football signees (and a flurry of targets) showcased their skills during Thursday’s Under Armour All-America game. in Orlando.  Here’s how they measured up on high school football’s biggest stage.

Jones is the de-facto face of the 2018 class after flipping to the Gators from Ohio State. The consensus top five dual-threat quarterback in the nation had a lot of eyes on him during Thursday’s game.

Unfortunately, he barely saw the field. Jones was only 1 of 3 passing for 9 yards and he had five carries for eight yards.  After the game, he took to Twitter to voice displeasure with his playing time.

But, there is a bright spot for Jones and disgruntled Gator fans alike. He told reporters he was “ready to get to Gainesville” and is all set to arrive on Saturday.

Dean was a late get for the Gators but is proving to be one of the class’s most important members. He shined throughout the week’s practices and ended up being one of the top performers during the game.

Dean recorded one tackle and two pass breakups for Team Highlight, which went on to top Team Spotlight 23-21.

Dean, like Jones, is heading to Gainesville this weekend for early enrollment.

Pitts is a top 10 recruit in his position and was yet another big Florida signee. During the game, he caught a pass for 11 yards, which set up a touchdown on the next play.

He is expected to make an immediate impact for the Gators next year, but will not enroll early.

When Eddy Pineiro declared for the NFL Draft, it looked to be a big loss for the Gators. But, it looks like the spot will be filled just fine.

Evan McPherson followed Dan Mullen from Mississippi State to Florida as the number one kicker in the 2018 class. And those skills were put on display during the game. He made both his point after touchdown kicks and also was successful on an onside kick.