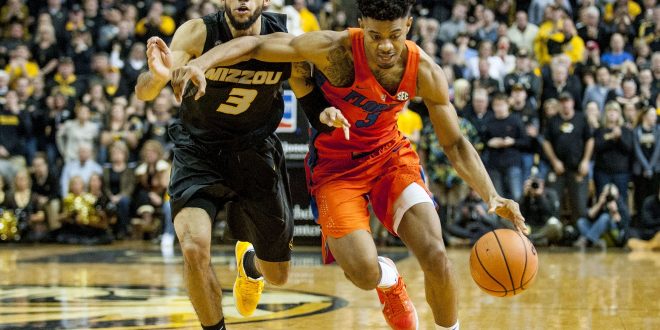 The Gators have opened up their SEC schedule 3-0 with wins against Texas A&M, Missouri and Vanderbilt. On Wednesday night, Florida squares off against Mississippi State in Gainesville at 7 p.m. on the SEC Network. The Bulldogs are 13-2 on the season, but are coming off of a six-point loss to in-state rival Ole Miss. In that game, MSU was outscored by 12 points in the second half. If the Gators can pull off the victory, it’ll mark their first six-game win streak of the season.

KenPom has #Gators ranked 30th, sandwiched in between Arkansas (above) and Nevada (below).

Mississippi State’s 13-2 record is slightly deceptive. 8 of MSU’s 13 wins have come against opponents ranked in the bottom half of the NCAA in RPI. Against the RPI Top 100, the Bulldogs are only 2-2, with wins against Arkansas (14) and Dayton (79), and losses against Cincinnati (35) and Ole Miss (87).

This season, Ben Howland’s team prides itself on defense. Mike White called Mississippi State one of the longest teams they’ll face this season and one of the better defenses. The Bulldogs are ranked 22nd in the nation in points allowed per game (63.5 PPGA) and in the top 60 in defensive block percentage and steal percentage. MSU’s most common lineup of the past five games (Quinndary Weatherspoon, Tyson Carter, Nick Weatherspoon, Aric Holman, Abdul Ado) averages a height of 6-feet, 6.2 inches (per KenPom). Abdul Ado, the Bulldogs’ 6’11” starting center, is ranked 30th in the nation in blocks per game (2.36 BPG).

On the other side of the ball, Mississippi State is a bit offensively challenged. The Bulldogs are one of the 10 worst three-point shooting teams in the country and are sinking only 28.9% of their attempts from beyond the arc. While MSU is ranked 25th in defensive efficiency, they come in at 150th in offensive efficiency, per KenPom.

MSU is led by junior guard Quinndary Weatherspoon, who is averaging 14.3 points, 5.9 rebounds, 4.3 assists and 1.5 steals per game. Weatherspoon is shooting a career-high 51% from the field as well as a career-worst 30.6% from beyond the arc. The junior struggled in the team’s most recent contest vs. Ole Miss, scoring only 7 points on 3-12 shooting. Weatherspoon’s younger brother, Nick, is a freshman on the team following in the steps of his big brother. He’s the team’s third-leading scorer (11.3 PPG) and is playing the second most minutes per game, trailing only his brother.

Florida must be weary of Aric Holman, a 6’10”, three-point shooting power forward who can score from just about anywhere on the floor. Holman is notching 12.2 points, a team-leading 7.0 rebounds and 1.3 blocks per contest, while shooting 52.6% from long-range. The junior has three double-doubles on the season and is ranked 44th out of 2,160 D1 players in offensive rating.

While the Gators weren’t ranked in the most recent AP Poll, they received the second-most votes of any unranked team. Florida is one of only two teams, along with Auburn, who are still undefeated in SEC play. Along with his game-winning scoop-and-score, Chris Chiozza is averaging 15.4 points, 5.8 assists and 3.4  in the team’s past five games and has turned the ball over only five times during that span. Jalen Hudson has a combined 27 points in the team’s last two games on 9-13 (69.2%) shooting. Keith Stone has notched back-to-back 13 point games for just the second time in his career, while Kevarrius Hayes has 10 blocks and 5 steals in the Gators’ last three games. If KeVaughn Allen can get back on track (9 points in last 2 games), Florida might look like the same team we saw in the PK80 tournament to start the season.

Mike White said the team is playing their best basketball of the season right now. Also added that Kevarrius Hayes is once again becoming the hardest working guy on the team.

John Egbunu (knee), Isaiah Stokes (knee) and Chase Johnson (concussion) are all listed as out for the Gators on Wednesday night. Chris Chiozza (flu) is listed as a game-day decision, but Florida personnel is “cautiously optimistic” that he will be able to give it a go. Mississippi State has no listed injuries.

I would assume that the target range of return for John Egbunu and Isaiah Stokes is somewhere between January 20-27. Florida plays Kentucky (20th), South Carolina (24th) and Baylor (27th) during that span. #Gators

Wednesday night’s game tips-off at 7 p.m. and can be seen on the SEC Network with Roy Philpott and Brooke Weisbrod on the call. You can listen to the game on the Gator IMG Sports Network or Sirius 137/XM 190 with Mick Hubert and Mark Wise on the call.