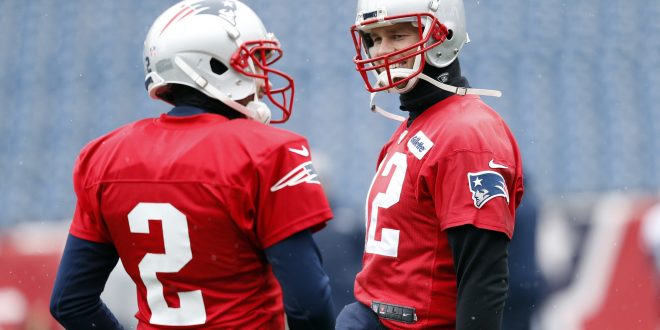 The New England Patriots will host the Jacksonville Jaguars on Sunday for the AFC Championship game.

As both teams prepare for this weekend’s game, Patriots’ head coach Bill Belichick said he has been watching the Jaguars intensively over the last few days and they “are really good at everything.”

Below is Belichick’s press conference from this morning.

After dealing with a controversial bye week ahead of last week’s game, there is another issue that is plaguing the Patriots as they head into this week’s game, quarterback Tom Brady’s injured throwing hand.

Talk has been circulating about the status of Brady’s injury and whether or not he will be good to go for Sunday’s game and in his 18-year career Brady has never missed a playoff start.

According to the team’s injury report, Brady did not participate in practice on Thursday but was present for the warmup portion of practice.

The Patriots announced that Brady will hold his press conference at some point today.

Last week, the Patriots had an impressive victory to carry them to their seventh consecutive AFC title game. They took down the Tennessee Titans 35-14 at home.

The Titans were the first on the scoreboard after a 15-yard pass from Titans quarterback Marcus Mariota to wide receiver Corey Davis. However, it didn’t take long for the Patriots to tie up the game and then take the lead. The Titans were not able to score again until the last few minutes of the fourth quarter, which by then the Patriots had taken a significant lead.

In this game, Brady passed for 337 yards and 3 touchdowns, and running back Dion Lewis rushed 15 times for 62 yards.

The AFC Championship game is set for this Sunday at 3:05 p.m. and will air on CBS.