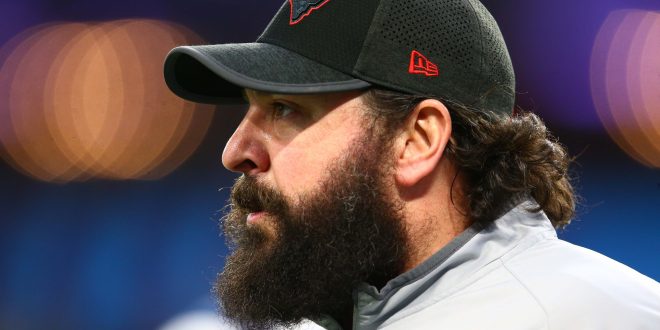 Taking over the Lions also means he joins ex-Patriots executive Bob Quinn, who became the GM in 2016. Patricia said it’s great to be in this situation with Quinn and both aim to put a team together that represents what they believe in and want the team to look like, but know they have  long way to go.

What he’s working with

He is taking over a Lions team that hasn’t won a playoff game since 1991 and has had seven different head coaches in the last 18 years.

The first task on the list for the new coach is handling the NFC North, which has one of the top quarterbacks in the league in Green Bay’s Aaron Rodgers and one of the top defenses in Minnesota.

With Patricia as defensive coordinator, the Patriots never ranked lower than 10th in scoring defense; in 2017 they ranked fifth. Now the question is will this really help the Lions defense. On average the Lions are allowing 270 yards per game.

But he knows to get to the top it will take its time and hard work.

Prior to this news breaking Patricia had interviewed with Arizona and the New York Giants.

But established quarterback Matthew Stafford could have been a big reason for his decision.

The Detroit Lions fired Jim Caldwell after a 36-28 record and two playoff appearances. The Lions went 9-7 last season and missed the playoffs, ranking among the NFL’s worst rushing teams for the fourth straight year. The team believed it needed new leadership to accomplish what they want.

Previous A New Season for UF Softball
Next Preview: Winter Olympics With Some Local Flavor