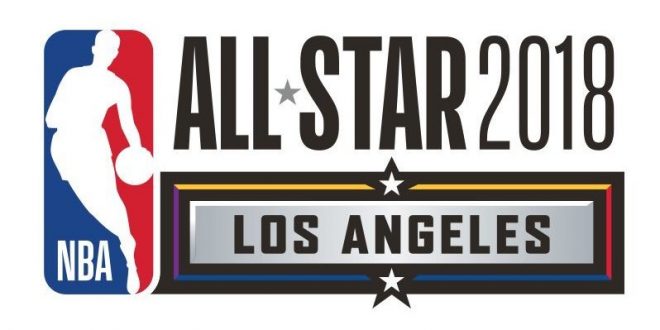 The NBA All-Star game was considered to be a success among coaches and players selected to participate in the annual showdown.

But, this season’s format of the All-Star Game was completely different to years prior. The format was originally structured by selecting the best of the Eastern Conference and fitting them onto one team. The same would apply for the Western Conference.

But instead, NBA commissioner Adam Silver decided to incorporate a new format with an old-fashioned structure.

The most professional level of basketball in the world integrated a street-ball pickup game format. The format consisted of two team captains, LeBron James and Stephen Curry, having them choose their respective teams from the 22 remaining All-Stars.

Although this new format was interesting to watch, most players could agree on a tiny tweak that could make the ASG even better. Toronto Raptor’s

Demar Derozan was picked by Stephen Curry to join Team Steph. Derozan had his take on the whether the team selections should be televised nationally or not, according to nbcsports.com

“Televise it,” Derozan said. ” Give the people what they want to see. I think everybody wants to see it. At the end of the day, every single person that gets picked, you’re an All-Star, so it doesn’t matter where you really go, so I think televise it.”

The main take away from the 67th All-Star game on Sunday night was that it was the most competitive All-Star game that viewers and players have witnessed in recent years. In the past, All-Star games were a way for players to relax and showboat their playmaking offensive abilities. Last year’s All-Star game finished with the West overcome the East by a score of 192-182, talk about no defense.

Moreover, the final score on Sunday night was Team LeBron 148 – 145 Team Steph. You could feel the intensity and effort on both sides of the ball. The final play of the game was decided by a defensive stop by LeBron and Kevin Durant suffocating Derozan in the right corner, not allowing him to shoot before the clock expired.

Above all, LeBron James achieved his 3rd All-Star game MVP award with 29 points, 10 rebounds and 9 assists. He insisted that the fans had a huge impact on the game’s success. But, he also claims that Adam Silver did a great job in believing in his players and finding new ways to improve the association and All-Star game.

Friends to Foes to Friends

Furthermore, LeBron had the pleasure of playing alongside his former teammate Kyrie Irving again. Back in the 2017 off-season, Irving decided to leave LeBron James and the Cleveland Cavaliers to join the Boston Celtics. The previous format would’ve had both of them play together respectively since they’re both in the Eastern Conference. LeBron choosing Irving as his teammate for the All-Star Game had more of a friendship feeling that many fans enjoyed watching again.

Although, Irving wasn’t involved as much as fans wanted him to be during the first half. He instead came out booming in the second half to finish with 13 points, 9 assists and 7 rebounds.

Here are Irving’s thoughts on the new ASG format:

Furthermore, 2-time MVP and team captain of Team Steph, Stephen Curry, notched 11 points, 5 assist and 6 rebounds. Curry felt that the new format added a more competitive feel to it. He enjoyed his time on the court although he ended up being on the losing side.

Former MVP Kevin Durant of the Golden State Warriors had a blast in the All-Star Game. He enjoyed the format of the variety of players that he had a chance to play with. In his previous years, Durant would’ve never had the chance to play alongside Kemba Walker, LeBron or Irving.

In conclusion, the All-Star Game is going in the right direction. So, it’s up to Adam Silver and the NBA to see if they can keep up with the positive momentum.

Recent grad from the University of Florida. Editing all articles on here while helping out the newbies. Love all things basketball.
@@MarcoJMartinez_
Previous MLB Restricts Mound Visits, Postpones Pitch Clock
Next Tim Tebow Invited to Spring Training with the NY Mets