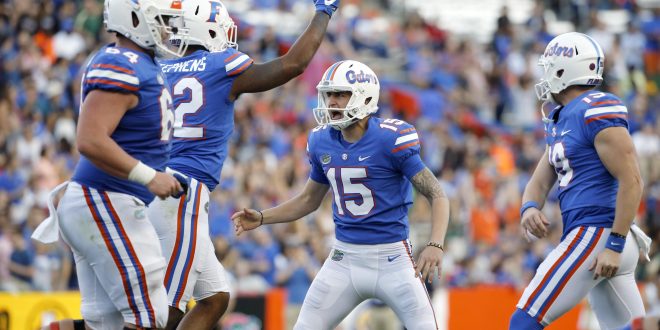 Gator Football is back.

Well, at least its trying to be. The Florida Gators football team released their 2018 spring practice schedule which will feature nine early enrollees. The Gators will be back in Florida’s Indoor Practice Facility with new coach Dan Mullen on March 16.

The first two practices(March 16 and 17) will be open to the public, with practice times to be announced at a later date. Florida’s annual Pro Day is scheduled for March 28. Spring practices will run through mid-April up until the Orange and Blue Debut on April 14, which will return to the spring-game to Saturday for the first time since 2015.

Gator football went 4-7 in the 2017 season, finishing 5th in the SEC East. Coach Mullen hopes to return his team to the ‘”Gator Standard” when they take on Charleston Southern this September to open their 2018 season.

It’s all about the Gator Standard.